I think there's a misunderstanding here. I regularly receive requests for site additions, not just from XenForo users but also from users of other forum software that use my library. When the site in question is immediately useful to people or shows strong growth (e.g. TikTok) I tend to accept them on the spot. If the site isn't popular enough at the time, I decline and postpone until the site is worth spending time developing and maintaining a definition for it. However, because I don't want people to find themselves at an impasse, unable to use a niche site that's popular in their community, I always offer the option of sponsoring a site (or a feature) by covering the associated development costs. If the site/feature has potential value for other users, it eventually finds itself released as part of this add-on. Otherwise, I refer people to the Custom service/development requests.

As far as I can tell, Wavekit is a music app with an embedded player similar to Audius or SoundCloud. It's not currently open for signups so it's not useful for those who don't have access to it, but there's no downside in having it available right now and some benefit in having ready to be used by whatever music communities it ends up being popular.

I understand that the word "sponsor" may have taken a particular connotation in recent years, probably because of the way it's used on YouTube and social media. I'll try to think of a more meaningful alternative.

Is there an issue with Instagram posts embedding in Safari? Something isn't working for me.

None that I know of, but I don't have a recent Safari on hand. Usually when a social media embed stops working it's because of tracking/privacy protection.

Can you add newsmax.com as a site please? Thanks!

From what I can see, Newsmax is an article site and it doesn't appear to provide any embeddable content. They have a TV section with videos but they don't seem to be embeddable either.

yeah sorry i got confused on unfurling and for some reason I thought this add on did that. :-( You can disregard my request

Its in the description.

Is it possible to add https://dailybuzz.nl/ to the list?

I looked into Dailybuzz and I don't think it's popular enough.

You can create a custom site for yourself if you limit yourself to the "embed" URL. The video's canonical URL does not carry the video's ID and I can't find it in the page either so it would probably be a bit complicated. Not impossible, but not worth the hassle IMO.

YouTube scripts are performance killers. Could you look into implementing this? 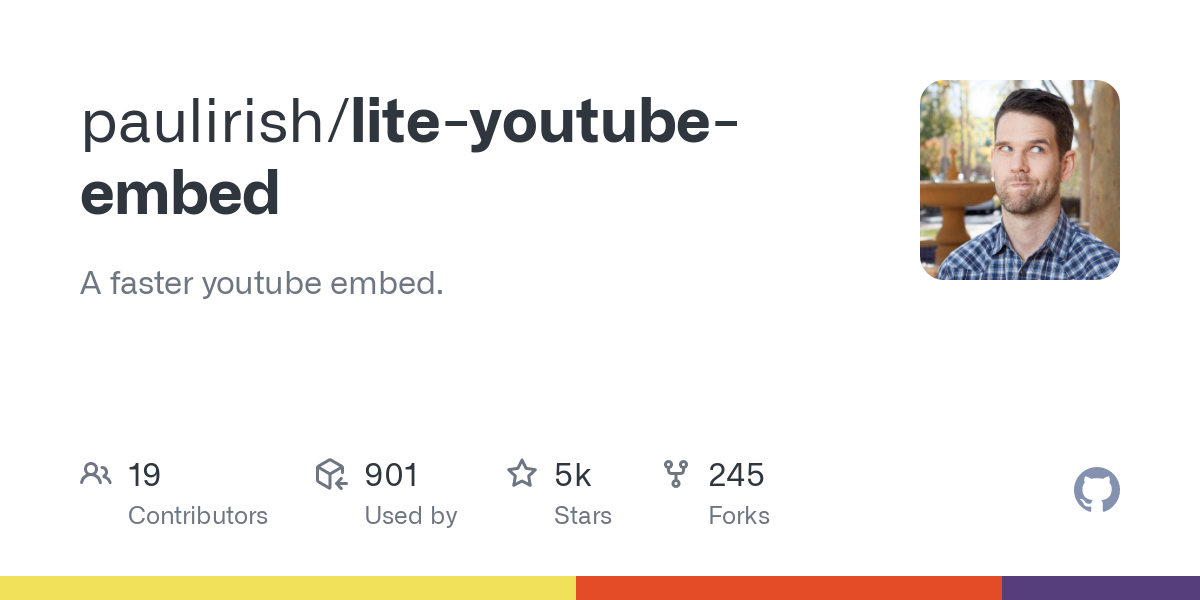 dethfire said:
YouTube scripts are performance killers. Could you look into implementing this?

No need to. If you go to your admin panel and search for "clicktoload" you will find an option that enables a "lightweight placeholder" for YouTube. You can optionally have it display the video's title as well.

What is the absolute most information you can provide about that? Browser name and version, device, URL for the post, URL for the forum, whether you looked into your browser's console, etc... Because it works for me and most of the time it ends up being a browser extension that exists specifically to block Instagram and other social networks for improved privacy. If you're using Safari, Firefox, Brave, any adblocker, or any privacy-preserving extension, they will block Instagram by default. Twitter and others too.

sorry using chrome on a mac

You can only embed single Instagram posts, not entire channels.

thank you thought i was missing somthing

Does this add-on allow to use youtube-nocookie instead of regular youtube embed?

Yes, it's in the add-on's options.

How do I get the Spotify horizontal player to load here? 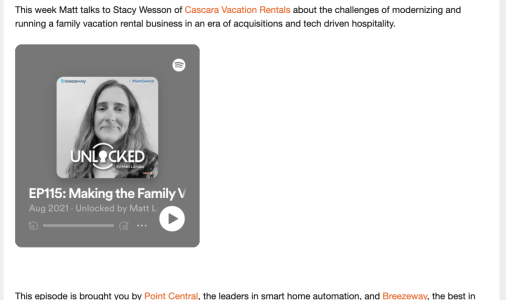 As I recall, song tracks and playlists use the square player and podcasts use the horizontal player. What's the URL for this Spotify item?
You must log in or register to reply here.