As designed Where is the moderator menu?

Playing with my dev install of XF 2.0 and couldn't find the moderator menu after selecting a post or media item!

Turns out it is way down the BOTTOM of the page. On a high resolution monitor - this is a really bad place for it, especially when the assumption is that the content being moderated is likely fairly new and thus at the TOP of the page. 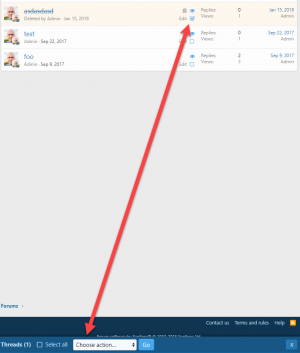 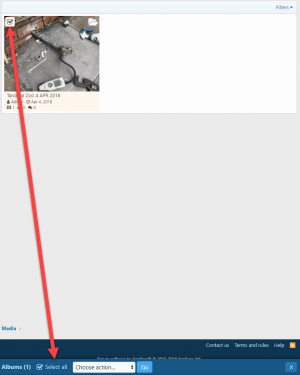 For better moderator usability, this should be revisited. It may work well on mobile devices, but I rarely do moderation on a mobile device.

Staff member
Not really a bug. This is just where we decided to put it. Having it in a different place per device would be counterintuitive IMO. Simple solution is just to remember it’s gonna be at the bottom.

Remembering where it is isn't really the problem - the problem is that interacting with a menu at the very bottom of a potentially very long page is a huge usability issue.

Some people use high resolution monitors in portrait mode so they can see more of a document at one time - this would be extremely inefficient from a UI persepective.

I also don't buy the "different device" argument - the UI on mobile is fundamentally different to the UI on desktop. Hobbling the user experience on desktop for the sake of some perceived notion of consistency is a false economy because they simply aren't the same user interface to begin with.

Given the vast majority of moderator actions are likely to occur on desktop devices, please don't hobble the desktop UI or make it less efficient to do my job.

My bookkeeping software made changes to their UI system using the same argument "consistency", yet I know very few people who do their bookkeeping on a mobile device or tablet - the vast majority use a desktop, so all they've managed to is make it more difficult for the majority of people to use their app in order to appease some misguided notion of "mobile first".

Interestingly, I'm even finding a trend away from mobile devices on my sites - after peaking at around parity between mobile and desktop usage (44% each) earlier last year, both of my sites are now seeing an increase in desktop usage, as much as 50% desktop vs 40% mobile. This has stabilised for the past 6 months, so I'm thinking we may have reached a level of equilibrium and the continued trend of increasing mobile usage is not ongoing. Naturally, the ratios for some types of websites would be a lot higher on mobile - but both of my forums (one Australian centric, the other with a global audience) are seeing similar trends.

I would urge you to reconsider throwing out decades of good user interface design practices by placing an important menu at the bottom of the screen on desktop devices.

Staff member
Regardless, it’s not a valid bug report so feel free to post a suggestion if you wish.

XF 2.0 What is the purpose of a moderator-type account, when you are able to give full moderator permissions to even a normal account?

Feb 28, 2021
Ksentile
K
B
XF 2.1 Resolve Report on Delete post does not include a "Send resolution/rejection alert" option

Mobile menu should behave like desktop menu, so tapping a top level nav item allows you to see the subnavigation