XenForo 1.4 includes a complete and extensible implementation of the Sitemap XML standard, allowing for optimised indexing of your site by search engines.

As always, please don't post suggestions in this thread, but rather use the appropriate suggestions forum.
Click to expand...

XenForo developer · From Reading, UK
Trained as an animator and programmer at the National Center for Computer Animation before setting up my own CGI company, producing animation for companies including FIFA, AMD and Ferrero Kinder.

Now busy working with Mike and Chris on XenForo.

Please do not write messages asking for support on my profile page - they will almost certainly be missed.

It has an option to enable or disable that functionality 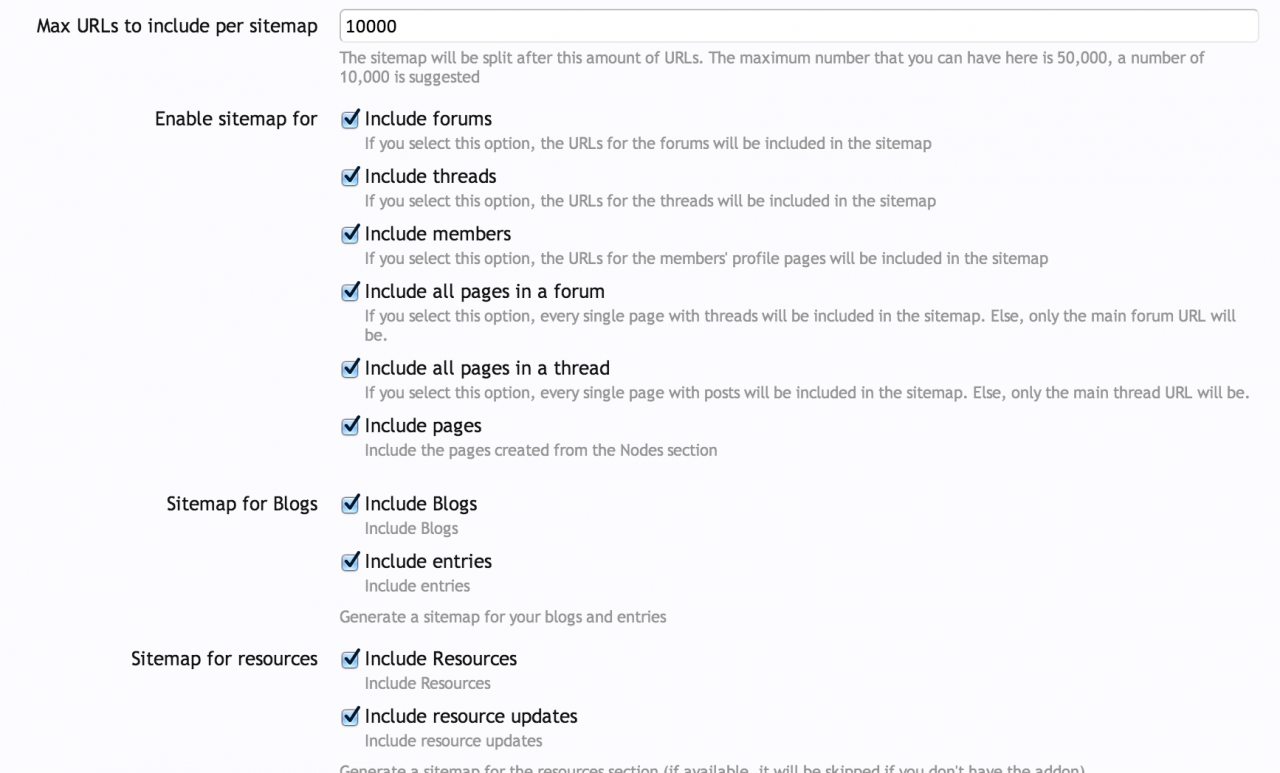 Rigel Kentaurus said:
It has an option to enable or disable that functionality

Is there any advantage for that? I look at my webmaster, this option is enabled, but it looks like it indexed only the main thread page.

Is there a way to see if the sitemap was downloaded by Google or Bing?

All sitemap generators I have used so far have this function and it has proven very handy to detect problems with the sitemap. Its pretty reassuring to see a regular download of the sitemaps by google and bing. But it can happen that Bing changes its requirements (has happened in the past) or somehow has trouble accessing the sitemap. In such case its very useful to see in the logs if the search engine has downloaded it after it was pinged.

Is there a way to see if the sitemap was downloaded by Google or Bing?
Click to expand...

I'm lovin' this announcement, and then the video ends with a nice new feature along with a cool closing quote.

Moshe1010 said:
Is there any advantage for that? I look at my webmaster, this option is enabled, but it looks like it indexed only the main thread page.
Click to expand...

No real "advantage" just that some of us want all pages to be indexed. That option just tells the software to write links for threads. And some people don't like having some areas being index'ed. Like the member list. Likewise, some people would like to have everything indexed - like the blogs, the resource manager entries (downloads, reviews, etc.), and of course the pages.
Last edited: Jul 23, 2014

Sorry, you are wrong. That shows, that the ping to Bing failed, in which the Forum told the crawlwer, that a new sitemap exists.
Inside the Bing and Google Webmastertools, you can check the status of indexing your sitemap.

The Second Screenshot can you become, if you set an analyze tool for your access.log.
R

Nice to have! Thanks Kier!

wow really good , now another addon will go :d after this upgrading
+
for RM there will be a new version so it can be compatible with the Sitemap feature right !?

I like that after years of arguing that sitemaps are no longer needed, this becomes a core feature.
J

JackieChun said:
I like that after years of arguing that sitemaps are no longer needed, this becomes a core feature.
Click to expand...

that is perfectly true. who can argue with google way of indexing things.

How much would this impact your server on a forum with say 1 million posts?
Last edited: Jul 24, 2014

It runs as a cron task, and no doubt runs as a deferred task in the background which basically means it does it in small chunks that are continually re-queued until the entire job is finished.

Kier, you and Mike continue to amaze me with this awesome piece of software! Nice addition.

It's nice to see someone else using SequelPro.

On the face of it, I've got some really serious reservations about this - essentially it would appear to be the first enhancement in a while that doesn't scale at all.

My site has tens of millions of posts, and a couple of hundred thousand users. I am assuming any site-building is going to be a heavy and lengthy task. Given that our public facing servers can drop out at any moment, it's much better if we can run this on a non-public facing server kicked off by a unix cron job - but that doesn't seem possible with this 'enhancement'.

There are easy things that could have been done top reduce the load as well, such as limiting the results found, generation of video and image sitemaps, and combine it with introduction of structured data. I'm sorry but this improvement would appear to be a big disappointment compared to the other enhancements in 1.4 which are all great (except email bounce handling which is again let down by not being that suitable for very large forums).

I should also point out that if you want the sitemap viewed by all search engines that already know about your site, then you should put your sitemap locations in robots.txt, see http://www.theguardian.com/robots.txt as an example

JackieChun said:
I like that after years of arguing that sitemaps are no longer needed, this becomes a core feature.
Click to expand...

With 1.5 we'll see the introduction of xfSEO, another unneeded addon to improve SEO

Thursday at 9:29 AM
markoroots
M