Does xF support Emoji & Symbols in messages? Can't make them show-up at all? Is there any setting for them to show-up? Please advice. Thanks 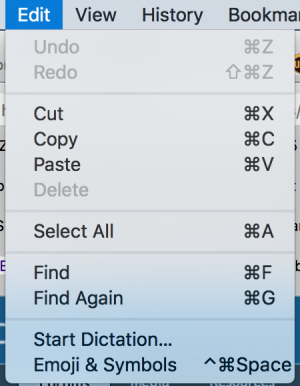 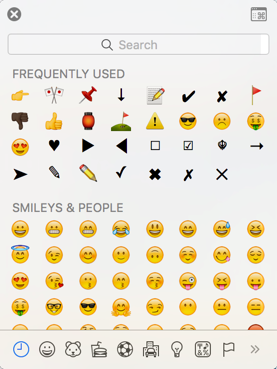 Staff member
Emoji requires databases to have utf8mb4 support which XF doesn't currently support. There's an open suggestion for this.

I'm not aware of any solutions at the moment.
Upvote 0 Downvote

I do hope xF 2.x takes care of this, thank you
Upvote 0 Downvote

I'm not aware of any solutions at the moment.
Click to expand...

Is there a way to make XenForo 1.5 support Emoji? I mean, could I just go into the database and change the table collations to utfmb4_general_ci? Or would that break my board?

Edit: Okay, so it could break the board:

Step 4: Check the maximum length of columns and index keys
This is probably the most tedious part of the whole upgrading process.

For example, a TINYTEXT column can hold up to 255 bytes, which correlates to 85 three-byte or 63 four-byte characters. Let’s say you have a TINYTEXT column that uses utf8 but must be able to contain more than 63 characters. Given this requirement, you can’t convert this column to utf8mb4 unless you also change the data type to a longer type such as TEXT — because if you’d try to fill it with four-byte characters, you’d only be able to enter 63 characters, but not more.

The same goes for index keys. The InnoDB storage engine has a maximum index length of 767 bytes, so for utf8 or utf8mb4 columns, you can index a maximum of 255 or 191 characters, respectively. If you currently have utf8 columns with indexes longer than 191 characters, you will need to index a smaller number of characters when using utf8mb4. (Because of this, I had to change some indexed VARCHAR(255) columns to VARCHAR(191).)
Click to expand...

Staff member
Emoji is supported in XF2, I'd just wait until then.
Upvote 0 Downvote

Good to know this is coming in XF 2.0. As traffic shifts mobile (currently @ 50% of sessions for my site are on phone), this is important.
Upvote 0 Downvote

I've just upgraded to Xen 2 and there is no emoji support using my mobile?

Was this dropped from development or do I need to do something to enable it?
Upvote 0 Downvote

Staff member
This is covered in the manual: https://xenforo.com/xf2-docs/manual/unicode/
Upvote 0 Downvote

Hi, i followed these instructions but ran the script using a CRON job rather than a command prompt.

Emojis are now working when I view the forum using my phone, but they are not displaying when using laptop web browser (Chrome). Any ideas?
Upvote 0 Downvote

Staff member
Emojis are just regular characters. Support is really dependent on the OS (and perhaps the browser). If they're showing up on your phone, then they're supported; it's possible you aren't using an emoji your laptop supports.
Upvote 0 Downvote

Thanks @Mike - I tried it in IE after Chrome and some of them displayed as outlines (rather than proper Emoji's), so must just be PC browsers not keeping up with the Jones'. Thanks for your help.
Upvote 0 Downvote

Chris D said:
Emoji is supported in XF2, I'd just wait until then.
Click to expand...

Could the same thing be done for the version of xenforo 1.5?
Upvote 0 Downvote

Staff member
Not without extensive changes, hence my previous comments.
Upvote 0 Downvote
You must log in or register to reply here.

XF 2.2 Different emojis appearing in the post to the emoji selection box

XF 2.2 Emojis display as different sizes for some unknown reason

S
What do owners have to say about pros and cons of emojis?