What is a good Logo size?

What is a good Size for a Banner?

I have seen lots of sites with just a small logo on the left like 200 x 50. What is recommended? or is it just preference?

It mostly comes down to the site. Now that we're all designing for responsive, it's probably more prudent to have a responsive logo--as in, multiple versions of your logo, depending on the screen resolution. Having just a small logo on the left works well for all screens, but imo it seems barren on a larger monitor.

Why have multiple logos? Just have it so it scales down to whatever you are browsing with.

Staff member
1.2 automatically reduces the logo width and height as the browser window is reduced.

The header height doesn't reduce though, but there is an add-on available (if you don't want to do the work yourself): http://xenforo.com/community/resources/respollo.2016/

There are no standard sizes or anything. The trend in recent years has been smaller logos and headers, to draw more attention to the content.

The logo and header shown in the OP are quite large relative to most sites, even for a forum.

Yup... I don't think there is any real single answer, just options. IMHO, I believe a car site should have a car logo, just as you have. Sure, its going to be big on full screen, though who cares if you have the space.

I would get around issues as a two stage logo, being the image of the car would be on a sprite with other forum images (one-time request), loading as a background on the left as is for full screen views. I would then use a font either loaded locally or a default one (if possible) for the text. That way the text is all just text and CSS. Scale it appropriately using media queries to remove the car from smaller screens, whilst reducing the text. That way you can reduce the header heights and such all in one go with media queries, having the professional text styled as you have it without sacrifice, but fitting all devices. You could even drop the URL portion that way on phones, having just the name showing so its all business getting at content quickly.

That is just me though... I'm all for reducing requests on the server as much as practicably possible whilst meeting all devices.

Again though, there are so many ways you could do what you want to do... depending on what you ultimately want to achieve.

Well, we've a 'wide' logo and the only issue we've faced is that it gets very limited space on other websites when we form media partnerships.

We're now looking to move to a smaller logo.

It does depend on the forum type. I felt it was important on my site to go with something impressive (competitor site still running phpBB on default skin). Could have just used the logo, but the cars define the site so wanted something unique looking.

Will probably refresh the image with a different picture when we go to 1.2.

Too big IMO, I prefer the social network logo approach.

I use x2 800px by 175px without any issues and it contracts to lower widths without issue and works very well. I would say size should be whatever the design itself calls for. 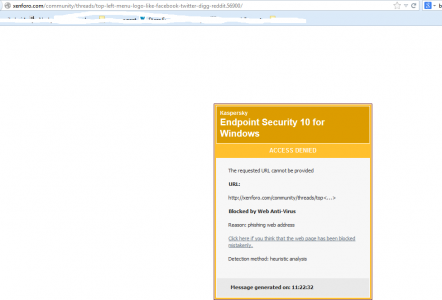 That's a link to a Xenforo thread dude lol.

Nothing to worry about.

That's what she said.

XF 2.1 What is the best way to size a logo on respsonsive?