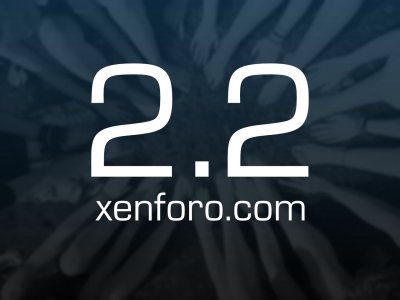 We've spent the last few weeks talking about the new features in XenForo 2.2. Now, it's your first chance to try some of them out and help us put them through their paces. Welcome to XenForo 2.2!

As you may notice, we have started converting some of our forums to more specific forum types. We've also enabled all general discussion thread types in the testing forum.

While our previous "have you seen" threads have announced most of what's coming in XenForo 2.2, we haven't touched on our official add-ons. There are improvements coming to each of them (beyond getting support for changes we already announced in 2.2), but we're not quite ready to announce these changes yet. Until we do, what you see running here is essentially the same as the 2.1-based version of our add-ons.

Beyond the add-ons, we still have a few more improvements to XenForo 2.2 itself that are still in the oven right now. These include improvements based on feedback we've received from the previous have you seens and some improvements to things we haven't touched on yet.

Keep your eyes peeled! (Disclaimer: please do not actually peel your eyes.)

We're now starting the first steps towards releasing XenForo 2.2 by testing it here. So please, if you notice any bugs or problems, report them to us.

Once we finish off the changes we still have in the pipeline and are happy with the stability of 2.2, the first beta will be released to all customers with active licenses. Beta versions are not officially supported and we don't recommend running them on production installs. This is an opportunity for people to test and for resource authors to make the necessary changes to support the new version. From there, we'll continue releasing beta versions until we're ready to move onto the release candidate stage, which essentially means that we believe the version is close to being an officially supported release (but it's not yet!). Finally, and only once we've gone through each of these stages, XenForo 2.2.0 will be released as an officially supported/recommended release... and we can all celebrate!

But in the meantime, we still have work to do!

that's awesome
It will take time to explore new features 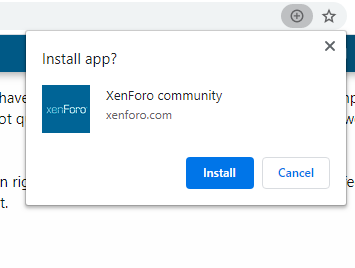 Nice to see it in action!

Looks great, off to explore

Who murdered the editor?

Is the app available already?

DotWeb said:
Who murdered the editor?
Click to expand...

Again, little point in making comments like this. Please create a thread somewhere appropriate if you have specific feedback about the editor.

interforo said:
Is the app available already?
Click to expand...

There isn't an app. This website is now a progressive web app which means some browsers may allow you to "install" it to your home screen.
V

It remains to get used to the new editor