Does this mean XF can be updated to not autofocus areas like the members search widget and log in forms?

First beta of 15.5 dropped recently. Fingers crossed for this release.

Staff member
Nothing so far. 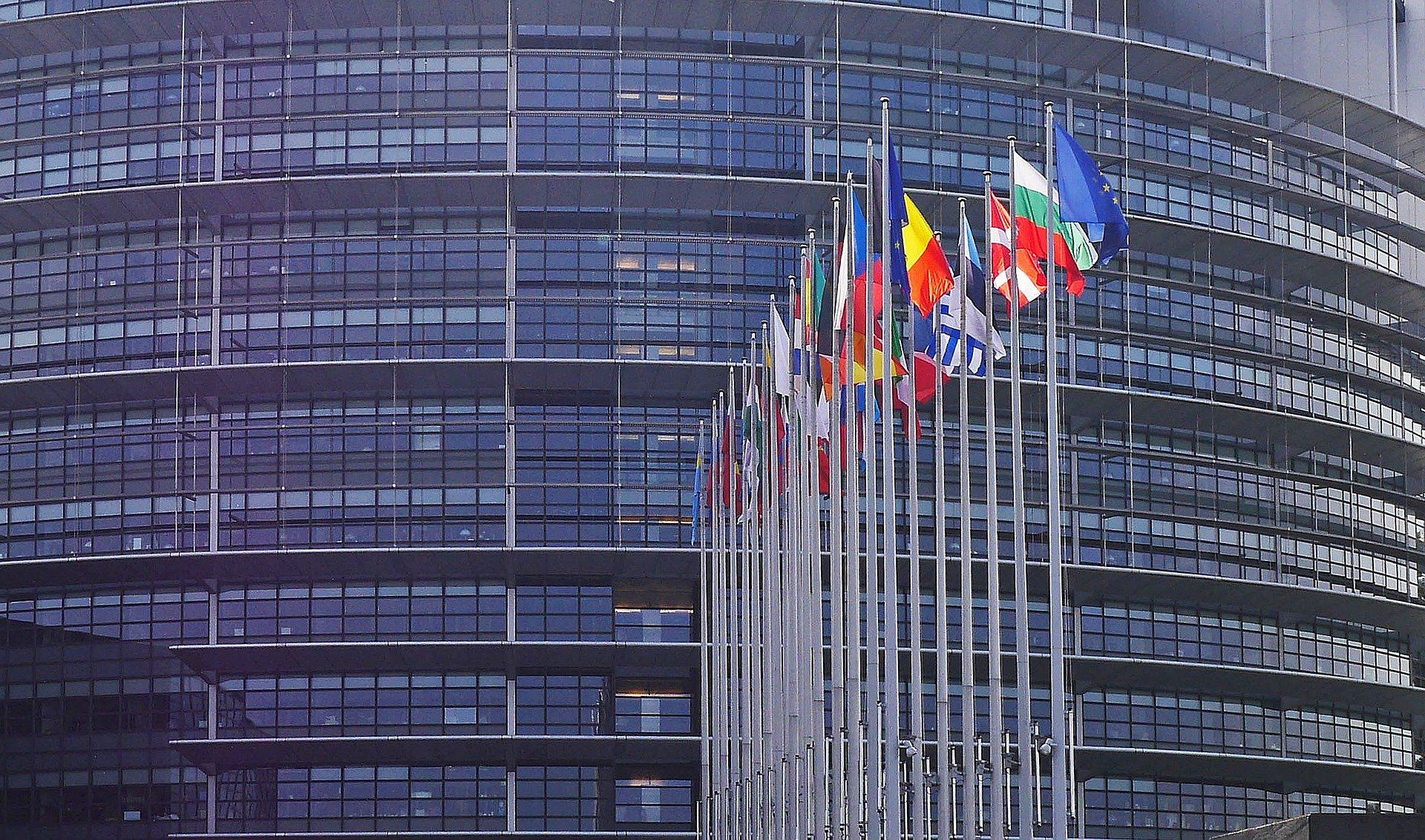 The EU should leave well enough alone. If Apple wants to have a closed box model, let them. Those of us who want a more open system have Android. And if I did use an iPhone with these provisions in place, I'd still use iStore. Sideloading apps or using third party stores (which I would interpret to mean stores not controlled by a manufacturer) has been the source of a lot of grief in the Android world.

@Chris D or anyone else happen to know why desktop Safari occasionally doesn't load the favicon?

Chris D said:
The issue with HEIC is that no browsers support it. None of them. Not even Safari (seriously).

It works as a format for viewing on iOS and macOS and sharing with other devices that may support it but there are currently no web browsers in use today that natively support displaying that format on the web.

That all being said, my experience is not the same as yours.

Whether I upload pictures from my Photos library to Safari on iOS or macOS the pictures already upload as a jpeg file, and providing the server has EXIF extensions enabled in PHP, it should automatically orient them correctly.

If your experience is different, what exactly are the steps you are taking to reproduce the issue? And do you experience the same issue trying to upload photos to this forum?
Click to expand...

Now that we're 6 months later, I'm wondering if you know of any upcoming solutions to Apple's HEIC photo files issue? Have they spoken on it and/or fixed it in Technology Preview?

Not going to be super fast, but at least it's "official" now (coming from Apple) and there's an actual timeline (even if it's not until 2023).

Check where I started this video: 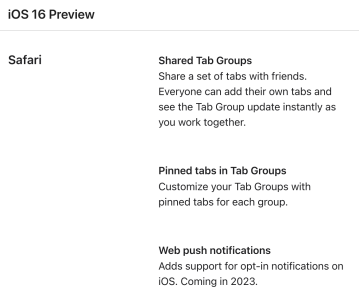 Push notifications are now working in Safari version 16 for desktop. Not yet on iOS, or at least I didn't know how to activate them.

Indeed not yet as the post above indicates - coming in 2023.

Safari Technology Preview 147 is out so we should be able to finally test it out. 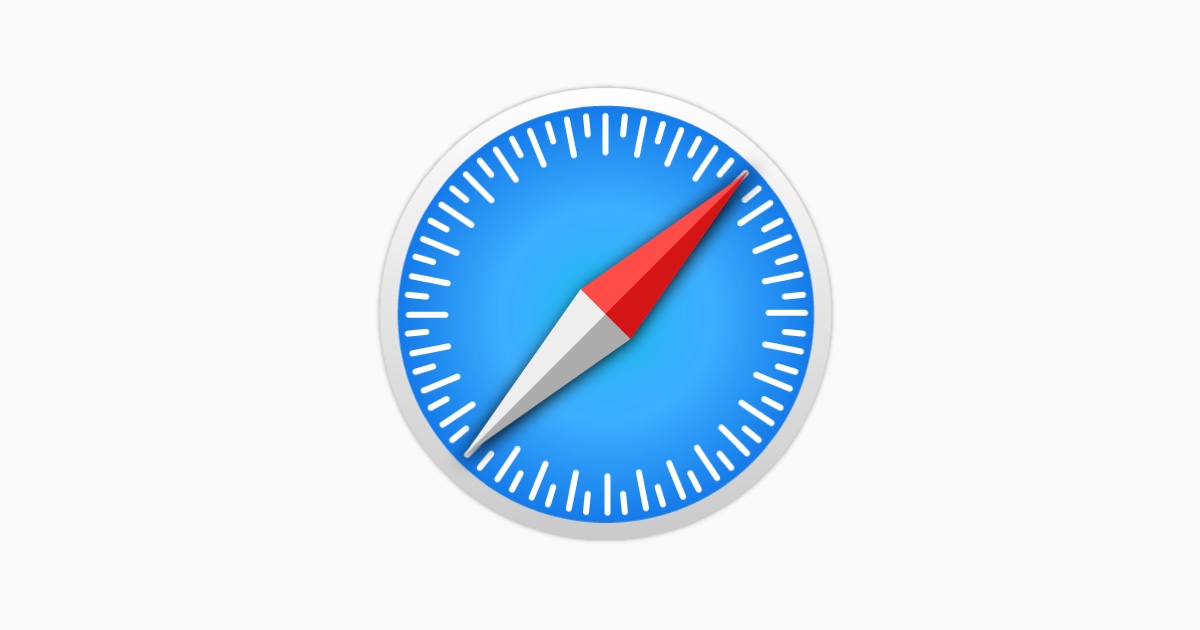 Staff member
I have an install of macOS 13 beta and it already works on there.

But yeah the latest TP seems to add that support for stable OS versions.

Chris D said:
But yeah the latest TP seems to add that support for stable OS versions.
Click to expand...

Web Push. Send notifications to people who opt-in on your website or web app with Safari Technology Preview on macOS Ventura betas.
Click to expand...

Chris D said:
Currently the main issue appears to be that while permission is granted to allow notifications for a given site, Safari doesn't actually accurately report that back.

That's a Safari issue, more than an XF issue. You can see the same on various Web Push API samples; permission is granted but it never appears to be.

(Side note: There is a Permissions API experimental feature too but enabling that has no effect).

To clarify comments surrounding a future version, it is feasible, though not entirely certain, that the web push library we use might need changes in order to work with Safari and maybe iOS in future. If that is the case, XF 2.2 may be constrained and not be able to upgrade to the version that includes those changes.

XF 2.3 is already using a higher version because we're able to due to increased PHP requirements (7.2.5 and above).

Early days but this certainly is encouraging. Interestingly the addition is not mentioned in any of the previous 10 or so WebKit change logs that I checked. This could also mean that the powers that be either didn't intend to include it, or they know it's incomplete.

The timing of all of this, however, could well mean that we're looking here at features which may become stable in macOS 13 and iOS 16. Though it would be nice if it ended up being in a second-point release rather than a headline feature of a major release.
Click to expand...

xenforo is ahead of technology

In addition, xenforo is a system that does not give any vulnerabilities. Believe me, this is the part that makes me fall in love... my friends who entered the bank in their system in 10 minutes. He examined xenforo, he said that there is unnecessary code written extra, but there is no system vulnerabilities.

Chris D said:
Or maybe not…
Click to expand...

One can only dream.

That seems like a question you should send a ticket in for, but based on publicly available information, I'll give you an answer. There is no ETA that the general public is aware of, and you aren't going to get an answer.

The Dark Wizard said:
One can only dream.

That seems like a question you should send a ticket in for, but based on publicly available information, I'll give you an answer. There is no ETA that the general public is aware of, and you aren't going to get an answer.
Click to expand...

🙃😀🥰
I stretched it to see 2.3. I'll see as well… 2.3 mobile look will get better and more robust and I think. Most features will be fixed. I expect very solid work from xenforo coders. The most important feature is without compromising the security feature..
You must log in or register to reply here.