We are experiencing an odd problem for some of our users that i am finding nigh on impossible to fix as i cant replicate it!

It seems that the CSS isnt loading up for some users.

Although i have experienced this once or twice a refresh of the page fixes it for me, but it happens fairly randomly for me therefore hard to fix.

For other users this is pretty much the norm and the refresh doesnt fix making the site unusable. 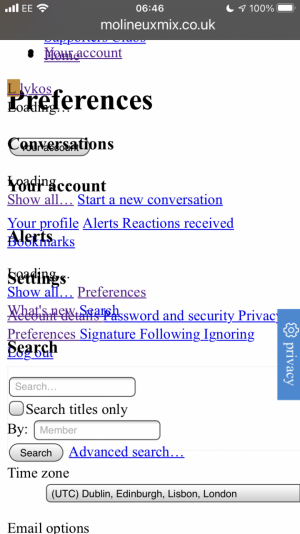 Staff member
Unfortunately, without being able to reproduce it (and see the details of what is being returned for the CSS), it's going to be very difficult to give any real suggestions. It sounds like maybe something isn't being returned from the CSS and we have seen occasional server issues that trigger this. Notably, it can apply when there's a caching layer above XF.

I do see evidence of Sucuri in the headers and we have seen problems due to overly aggressive caching by them in the past, though that usually manifests in a different way.
Upvote 0 Downvote
You must log in or register to reply here.

XF 2.2 [SOLVED] Can not load template via ajax