Staff member
Today, we are delighted to present what is intended to be our final release candidate for XenForo. Barring unforeseen circumstances (now where have we heard that before?), our next release after this one will be XenForo 1.0.0 final/stable/gold. For now however, the usual pre-release software caveats still apply.

Installation and upgrade steps are listed below, though they remain unchanged from previous versions.

This is Unsupported Software

Although this is our final release candidate and we are confident in its stability, please remember that this release is not officially supported. Support is limited at this time to questions here on the community forums.

If you choose to run unsupported software, it is your responsibility to ensure that you make a backup of your data.

What is a Release Candidate?

After a number of beta releases, the functionality of the product should be complete and the rate of bugs being reported (should) slow to a trickle, allowing the development team to work through the backlog and reduce the number of bugs to a handful. We have now reached this point in the development of XenForo 1.0.0, so the time is right to produce a release candidate.

The development priority at this time is preparing XenForo 1.0.0 for stable release, but in the process of fixing bugs and polishing features, there have been some notable changes that may be of interest to you. Some of these changes are described below.

If you are installing XenForo for the first time, please ensure that you do not download the upgrade package from the customer area.

To install XenForo, you will need to extract the zip and upload all the files from the contained upload directory onto your web server. You may upload into your web root, or any folder within the web root. This shall be referred to as your XenForo Directory.

Having uploaded the necessary files, you should direct your web browser to the URL that corresponds to your XenForo Directory and add '/install' to the address (eg: http://www.example.com/xenforo/install). This will trigger the installation process, which will guide you through the necessary steps to get a working XenForo installation running on your server.

Please note that the installation routine will direct you to ensure that the data and internal_data directories within your XenForo Directory are writeable by the webserver (ie: chmod 0777).

If you are planning on upgrading, please ensure that you download the upgrade package from the customer area.

To assist those using predominantly dark styles, we have added a new style property @fbColorScheme, which allows you to switch instantly between Facebook's light and dark plugin color schemes. 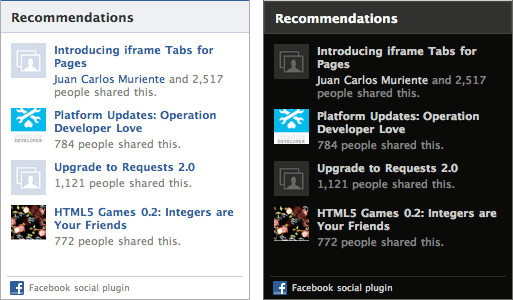 It is no longer necessary to drill down into the Style Properties system in order to access the color palette editor, as it is now linked directly from the navigation panel.

Additionally, the template editor itself now includes a gadget to allow you to quickly refer to the color palette without interrupting your editing session. 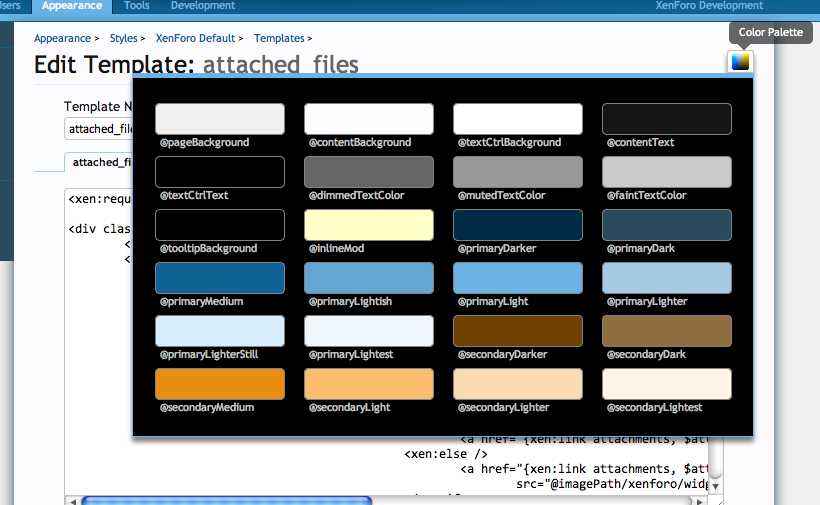 We have improved the usability of our CSS-driven list panels in the Admin Control Panel by highlighting the last edited item and automatically scrolling it into view, making repeat-editing a far easier task.

Additionally, we have improved the breadcrumbs for most items in the Admin Control Panel such that clicking on the final breadcrumb will return you to the list page and highlight the item you were just viewing.

A commonly-requested feature is the ability to identify visitors who have arrived on your site from a search engine result page, in order to target appropriate advertising etc. to them. XenForo now exposes this information in the session and visitor objects, allowing you to customize your templates and add-ons in any way you see fit. This information remains available for the duration of the visitor's browsing session.

HTML:
The URL of the page from which a visitor landed is now available as 'referer' within the session and visitor objects, wherever they came from.

In response to requests, we have included a number of new template hooks, including hooks that allow extensive control of the control panels in the account_x templates, and several points in the PAGE_CONTAINER template.

When an add-on is disabled in the Admin Control Panel, its navigation entries and options will be hidden, so there can be no mistaking that it is indeed disabled.

To assist add-on developers get their code running, it is now possible to render a new template called DEFAULT in both the public and ACP areas until custom templates are authored. This template lists the parameters available to the template, along with the current controller name, action and view name. 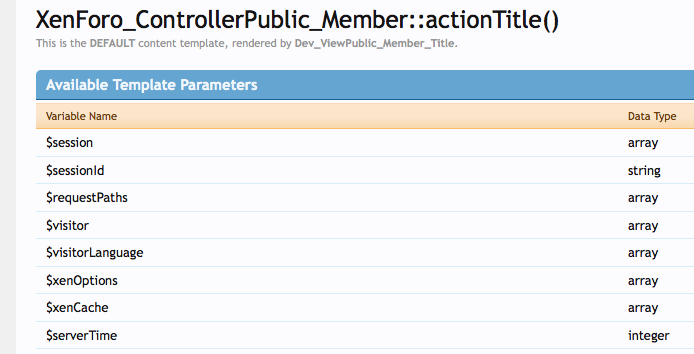 Staff member
If you downloaded RC3 earlier today and you find when you try to edit your Q&A CAPTCHA questions that you have an empty page, you may need to apply the following fix:

Alternatively, download the attached PHP file and upload it to the library/XenForo/ControllerAdmin/ folder on your web server, overwriting the existing CaptchaQuestion.php file.

If you do not have an empty page, and you are able to edit Q&A CAPTCHA questions as normal, you do not need to do anything.

Sorry for any inconvenience.