I find it rather amusing that we still use a floppy disk icon to indicate saving.

Does anyone under the age of about 20 actually know what a floppy disk even is?

My wife found a box of old floppy disks in the bottom drawer of her desk last week - my kids didn't know what they were.

I still recall the information pack I got sent by our state education department about computers when I did a school project on computers in 1983 (year 6). It included some magnetic data storage tape, an 8" floppy disk, but also a set of punch cards and instructions on how to mark those punch cards so that I could send them in to the computing centre where they would print out a calendar for me using ASCII art. That was a great project (I got an A+ )

Anyway, having lived through the floppy disk era and even done tech-support jobs where our staff would complain that the magnetic door opening key they had to use would wipe the floppy disk their work they took home from the office was stored on because they put them both in the same pocket - I'm very glad we no longer rely on such fragile technology and would personally be more than happy to see it disappear from our iconography.

Unfortunately, I don't really have a better suggestion for what to use at this point. The whole concept of "saving" is almost moot these days anyway - since many cloud based services just take care of updates (and versioning) for you.

Interestingly, there is another debate entirely about whether services like Google Docs, which take care of everything for you, will lead to a generation of computer users who don't understand that you need to explicitly "save" activity in other applications - thus making them more likely to lose data? I know my kids do everything in Google Docs at school so don't necessarily understand the importance of saving your work when working in other applications!

Anyway, here is some other discussion about the floppy disk iconography for further reading:

... just something to think about
J

I think the problem is that even younger folks recognize the floppy disk icon as being able to save, since it's been used so long, so changing now might cause some confusion. Maybe some day...but I don't think we're ready for it yet

jmurrayhead said:
the problem is that even younger folks recognize the floppy disk icon as being able to save
Click to expand...

And that's exactly what's going on, new generations of tech users who know what that icon means but not why. Until a new commonly accepted replacement comes along it'll just be us old folks who find it amusing.

Some old Hewlett Packard computers had even bigger floppy disks than 5.25", but don't ask me for the numbers because I've forgotten! Hah

Staff member
In my career I have actually worked with punched tape and the really old huge disk storage systems (before you ask, I'm old, but I'm not that old!).

I can remember installing Windows 3.1 on about 25 floppy disks.

During finals week a Computer Science student poured a long box of punch cards out his dorm window that had to be over 10 floors up. I remember the cards spinning down and fanning out into a 3-d type of bell shaped curve.

When you handed in your punch cards they would run them right away and give them back to you, and you'd come back the next day to see the print out and results. Syntax errors were hell as you'd have to start all over again. You learned through pain.

Staff member
Ahhh, the good old days of loading games via magnetic tape on the Commodore 64, only for it to fail after 15 minutes due to the tape stretching.

Those were the days!

Brogan said:
Ahhh, the good old days of loading games via magnetic tape on the Commodore 64, only for it to fail after 15 minutes due to the tape stretching.

Omg, yes I remember the tapes. They were slow!

Took a lab class early on and during a lecture portion I decided to write a quick program to see how long it would take for my machine to fill up the floppy with integers. The teacher noticed, so I showed him what I was doing. Back to the lecture for him. The red "disk writing" light stayed on for a long time and when it filled up it started making noises like it was trying to write past the edge of the drive... because it was! Always have like finding the limits of code. "How can we break this?" But in the process of finding the limits you learn the full range as well. Very worthwhile.
Last edited: Feb 22, 2020

Staff member
There's only one good use for floppy disk drives ...

Back on topic, perhaps a safe icon would work ok.

Coming from a east European country (Romanian), I remember Windows 3.1 when I start to use it in the end of 92... that was the time when I get it running in DOSBox to run old 16-bit Windows games on 64-bit versions. I was like 15-16 years old.

Brogan said:
There's only one good use for floppy disk drives ...

Now that took some work from some code writers.

Brogan said:
Ahhh, the good old days of loading games via magnetic tape on the Commodore 64
Click to expand...

Mr. Fancy with his C= 1530 tape drive, some us had to start with typing in the code for apps & games from magazines. After doing that for some time getting a tape drive was a life changing event.

Unfortunately from those days I developed a heavy hitting typing method that continues to today leading me to absolutely hate chiclet style keyboards.

Joe Kuhn said:
Back on topic, perhaps a safe icon would work ok.
Click to expand...

I think I'd associate a safe with 'encrypt' or similar before 'save'.

Kevin said:
I think I'd associate a safe with 'encrypt' or similar before 'save'.
Click to expand... 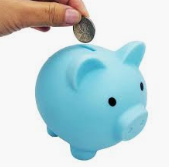 Joe Kuhn said:
Ok. How about something like this:

I actually laughed out loud at this. Well played.

Joe Kuhn said:
Ok. How about something like this:

And how to retrieve the savings?
A hammer icon? 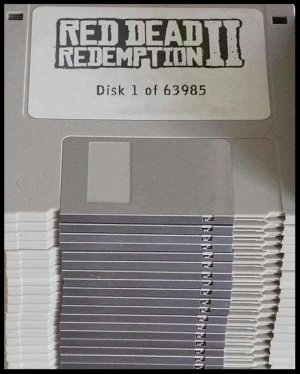 SCARY!
You must log in or register to reply here.