libxml_disable_entity_loader has been deprecated in PHP 8.0; it's no longer necessary to call that function.

Currently, on PHP 8.0, this results in exceptions when installing XFES 2.2.0 (and possibly all other add-ons, but I haven't yet checked):

I'm assuming that PHP 8 is still not at the stable release stage, correct? And most hosts are not even showing this as an option yet. That said, it looks interesting and I'm sure Xenforo will be upgraded in due course then PHP8 is stable.

PHP 8: All You Need to Know to features, improvement Upgrade

It’s a new major edition, which means that it will bring some breaking changes, as well as lots of new features and performance improvements.

There’s a greater chance that you’ll need to make some improvements in your code to get it running on PHP 8 because of the breaking improvements. If you’ve stayed up to date with the new releases though, the update shouldn’t be too hard, because most breaking changes were deprecated before in the 7. * versions.
Click to expand...

PHP 8: What you need to know about the latest version

PHP 8 entails a major update for the programming language. The release of PHP 8 in November 2020 improved performance and added new features.

When will PHP 8 be released?
After a lot of to-ing and fro-ing as to when PHP 8 would be released, the developers have now announced that November 26th, 2020 is the date we’re waiting for. This corresponds to the normal three-year cycle for releasing an updated PHP. PHP 7.4 was released in December 2019 and the support for PHP 7.1 has been discontinued.
Click to expand... 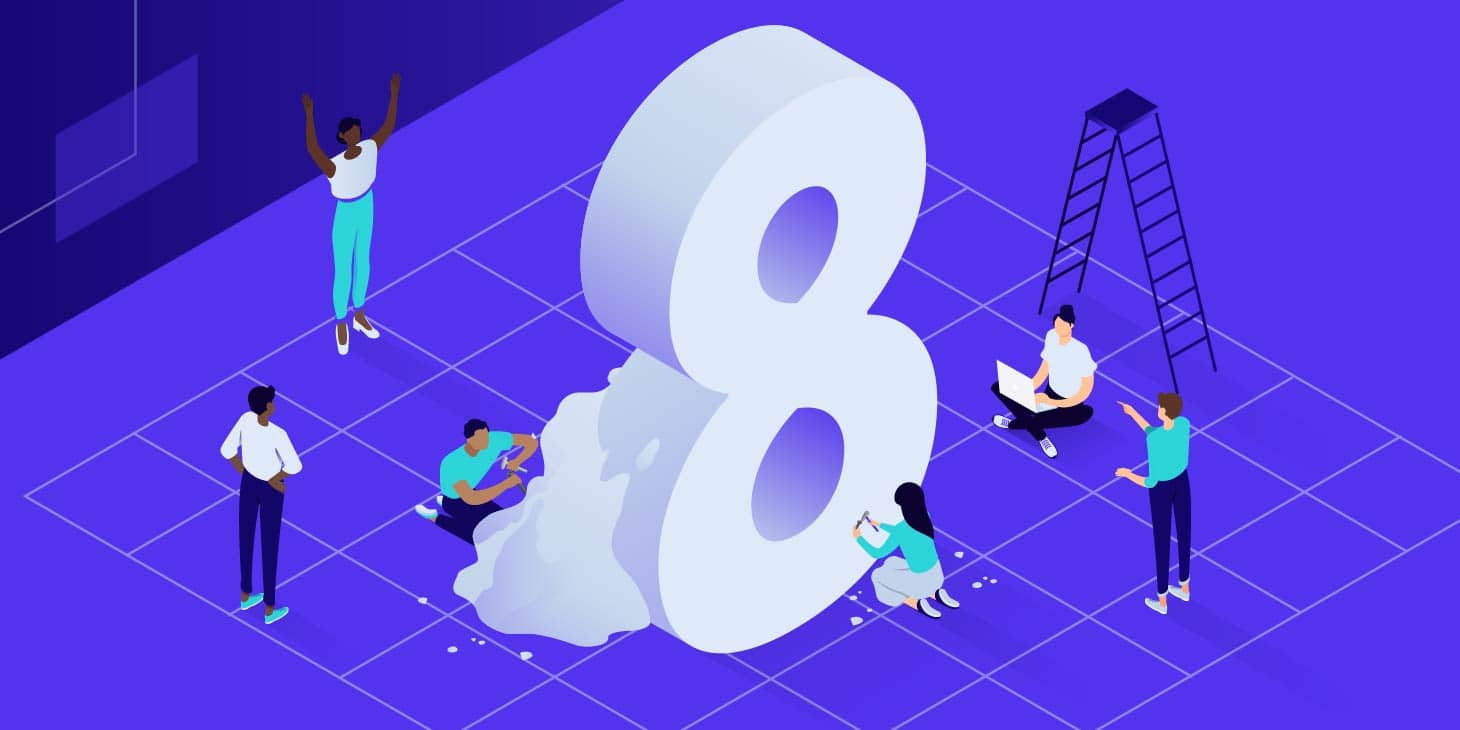 What's New in PHP 8 (Features, Improvements, and the JIT Compiler)

PHP 8 is expected to be released on December 03, 2020. It will bring new features, deprecations, and performance boost. Check what's new in PHP 8!

PHP 8 is expected to be released in December 2020 and will bring us a whole bunch of powerful features and great language improvements.

Many RFCs have already been approved and implemented, so it’s time for us to dive into some of the most exciting additions that should make PHP faster and more reliable.

As PHP 8 is still under development, we could see several changes before the final release.
Click to expand...

djbaxter said:
I'm assuming that PHP 8 is still not at the stable release stage, correct?
Click to expand...

Correct; it'll be out next month.


djbaxter said:
And most hosts are not even showing this as an option yet.
Click to expand...

Larger forums tend not to use shared hosting, so they can use whatever version of PHP they like. When developing internal add-ons, PHP 8 is nice because it brings a lot of useful features for developers. Forums that have completely control over their stack and development process are likely to opt for PHP 8 as soon as it's released, which will be quite soon.

Ideally, simple compatibility issues should be fixed before the stable release. There's no need to wait until a stable release once the feature freeze is hit.

Staff member
@djbaxter we do not wait for PHP to become stable before implementing changes. We already had to catch a bunch of potentially breaking changes for PHP 8.0 during development of XF 2.2 so for the most part XF 2.2 is already compatible.

We’ll hopefully get these last changes in for full compatibility in time for its stable release.

Staff member
Thank you for reporting this issue, it has now been resolved. We are aiming to include any changes that have been made in a future XF release (2.2.2).

There may be a delay before changes are rolled out to the XenForo Community.
R 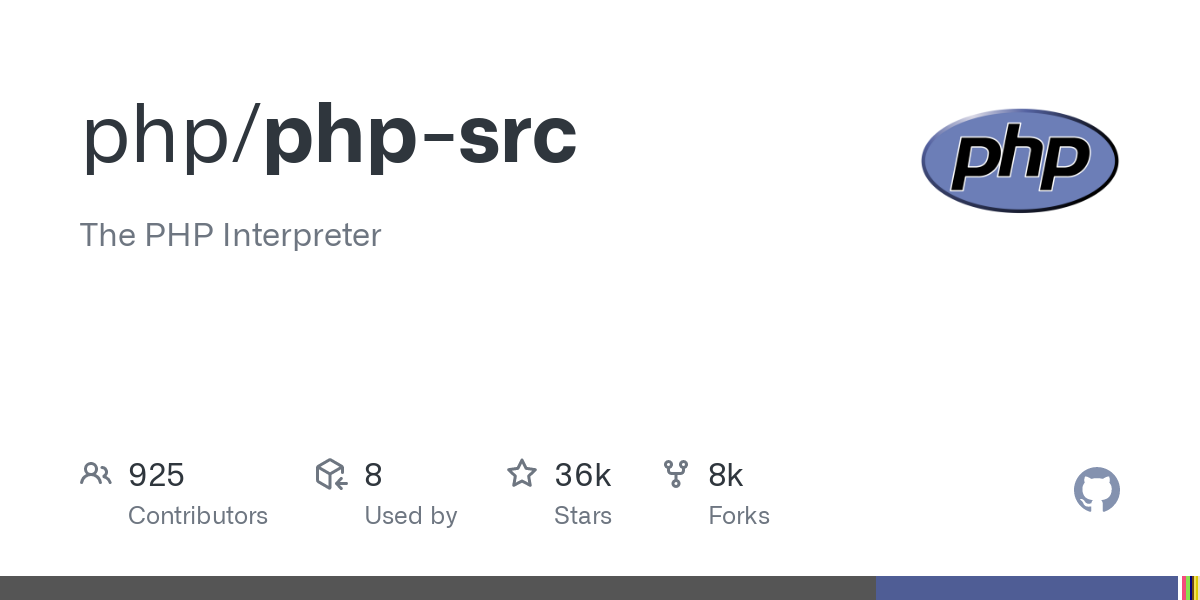 The PHP Interpreter. Contribute to php/php-src development by creating an account on GitHub.

Not so fast. It's not necessarily that easy when there are still a lot of Xenforo customers on previous versions of PHP.

PHP8 will be released on November 26th 2020 and there is lots being written about the upcoming features in this release has now been released! As this is a major version there will be new features as well as breaking changes so it's important to be aware of what is changing. This will make it...

Additionally, people running other software, including WordPress, need to exercise caution and ensure that their hosting allows them to not run PHP 8 yet for those installations. 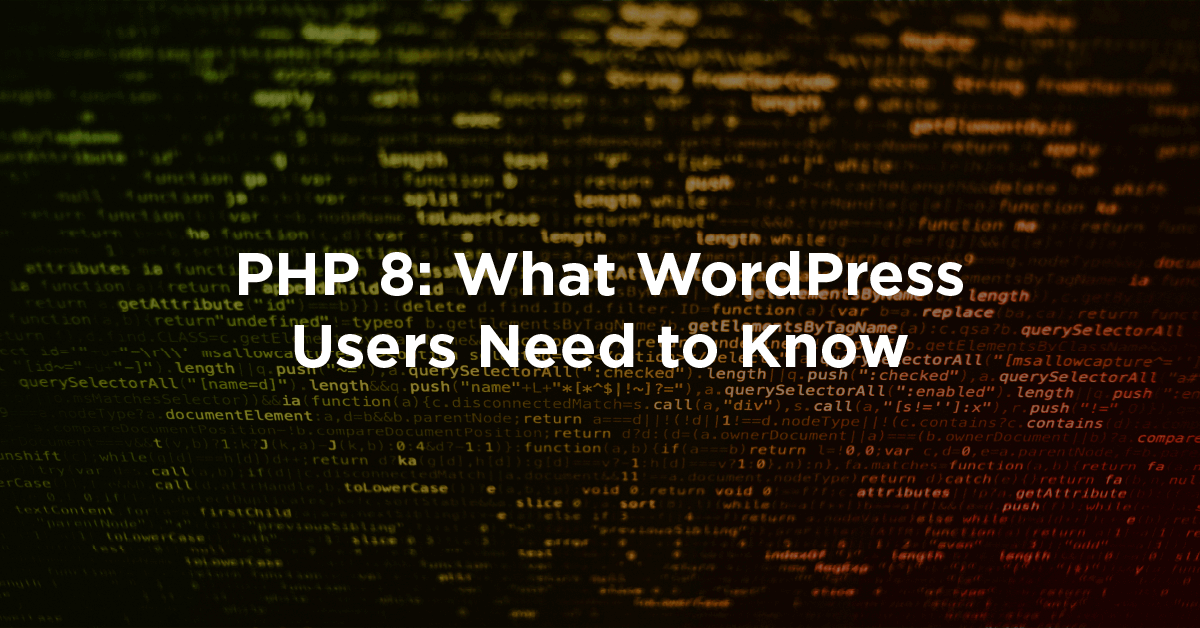 PHP 8.0 is set to be released on November 26, 2020, and WordPress site owners and developers may be in for a rough ride
www.wordfence.com

Should I upgrade right away?​

No. The upcoming major version of WordPress, 5.6, is intended to be “beta compatible with PHP 8” according to the November 18 WordPress dev chat. This means that most core WordPress functionality will work, but unexpected bugs may still occur for some time, even without the presence of additional plugins or themes. WordPress has called for additional testing with PHP 8 in order to find and fix as many remaining bugs as possible.

At Wordfence, our Quality Assurance team is working to ensure that our plugin is compatible with PHP 8 in a variety of environments. Upcoming Wordfence versions will offer a similar level of partial support, though we have additional testing planned to reach full compatibility.

A vast number of WordPress plugins and themes will not be immediately compatible with PHP 8. Those that do not run into fatal errors during normal usage may still show unexpected behavior for some time. ...

In other words, PHP 8 is not as lenient as previous versions. It will not try quite as hard to make code work no matter what.

Some functions and features that were deprecated in PHP 7.x have been completely removed. These include:
While most of these are no longer widely used, we have identified that create_function is still used in over 5,500 WordPress plugins, including extremely popular plugins with millions of installations. In some cases use of these deprecated functions may be intended for backwards compatibility with older versions of PHP. Many plugins, however, will need extensive refactoring as PHP 8 becomes more utilized.

For more in-depth information about what’s changed, our friends at Yoast have produced an excellent compatibility report intended for developers looking to ensure their software is compatible.
Click to expand...

/XF/Service/Feed/Reader.php(53) also affected by this.

Not a bug SQL problems

R
Not a bug Attempt to read property "custom_fields" on null