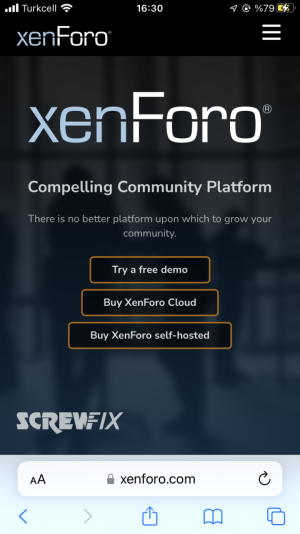 I have been in the internet world since 1995. Few friends, many enemies. And I lost 6-7 sites and irc in the internet world. These were open source sites. I lost mybb, smf, wordpress and many more sites. I was opening the site. It was on the air, 8-9 months later, it was hacked due to security vulnerabilities. I'm so offended by the internet, don't ask. A friend suggested vbulletin. Vbulletin the forum. Your friend's forum was hacked while I was browsing the vbulletin forum. 😂
I looked at other forum systems. All of them had a world of complaints and hacking stories.
finally i saw xenforo. believe me i fell in love... 🥰
There is no hacked Xenforo forum. If there is a hacked xenforo, it is definitely null software.
I also have a friend white collar hecker. That friend of mine stopped the systems of a bank in Turkey in 10 minutes. And he told the bank about his deficit. I asked that friend of mine. WILL YOU FIND THE SITE OPEN? He examined all the codes of the site with me and said; "I couldn't find it open brother." and baby community has been standing for five years. They tried to hack it. They did ddos attack every day and it didn't happen again. STILL STANDING… I would like to thank xenforo and its designers for this. I LOVE YOU SO MUCH AND I AM GRATEFUL.
Last edited: May 19, 2022
You must log in or register to reply here.

A
Size of Database Xenforo vs. vBulletin

I need my Xenforo forum with only 12,400 posts transferred to vBulletin 5