This add-on has excellent features and friendly UI. It is compatible with most versions of XenForo (2.0.x). 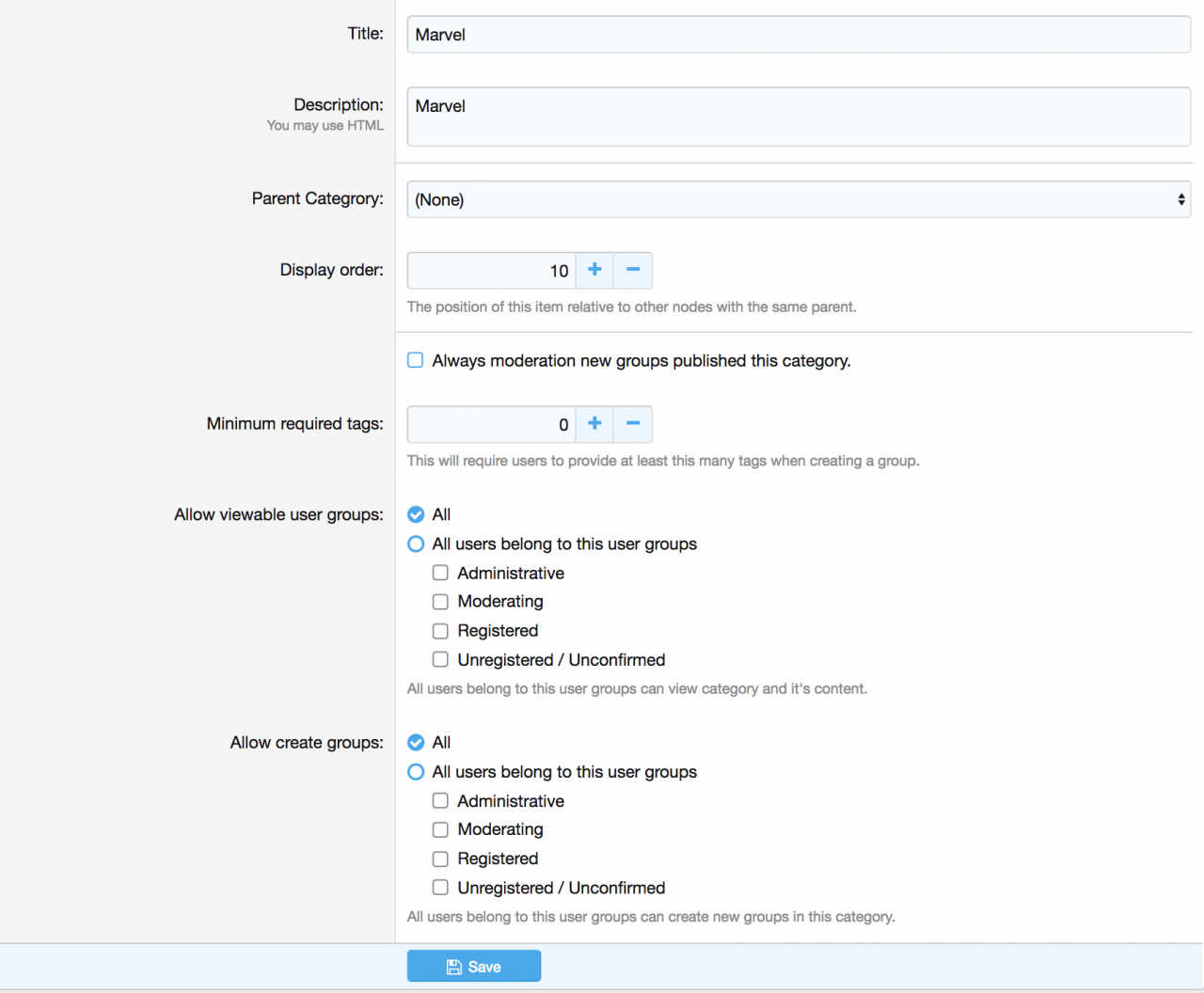 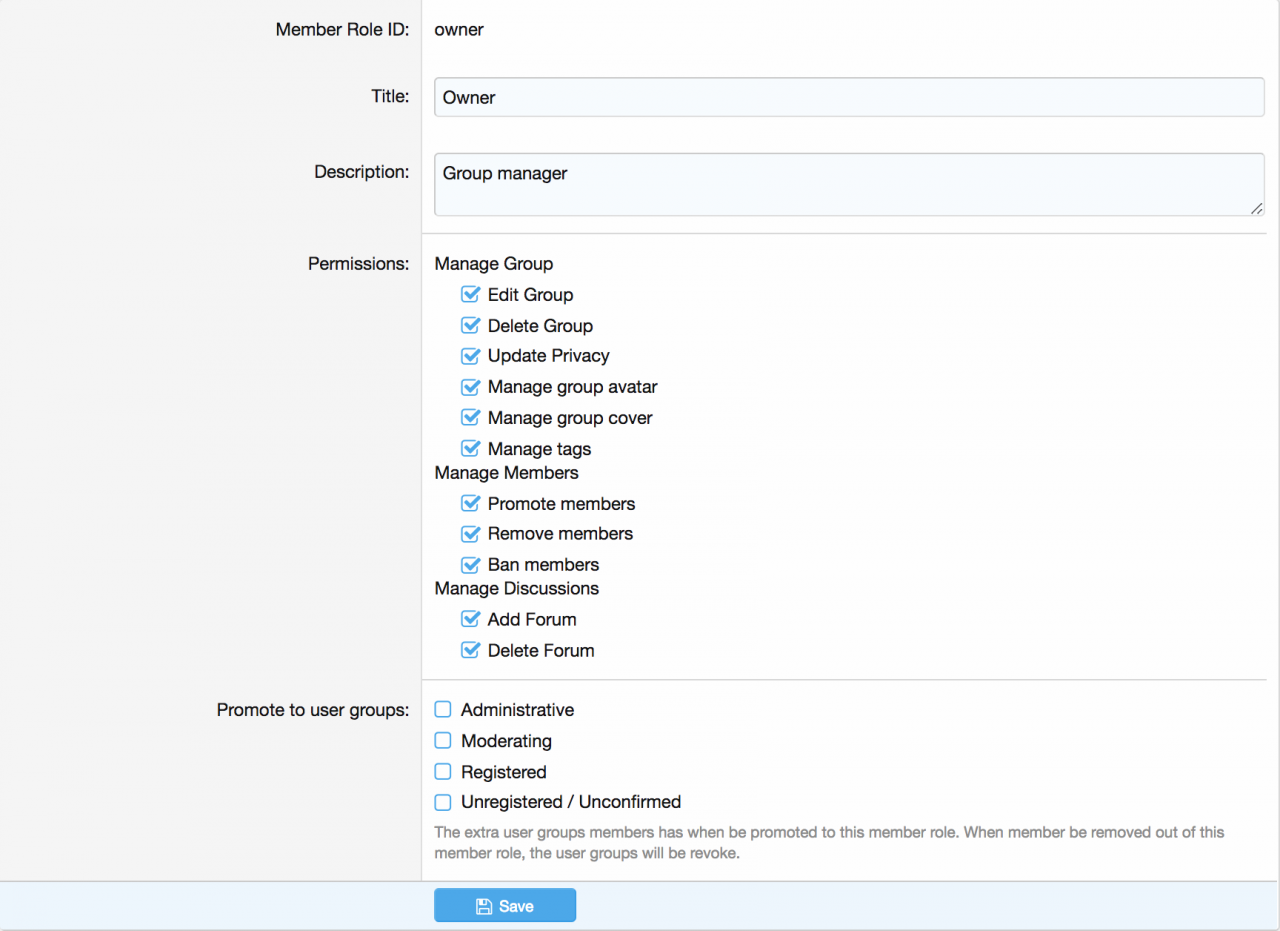 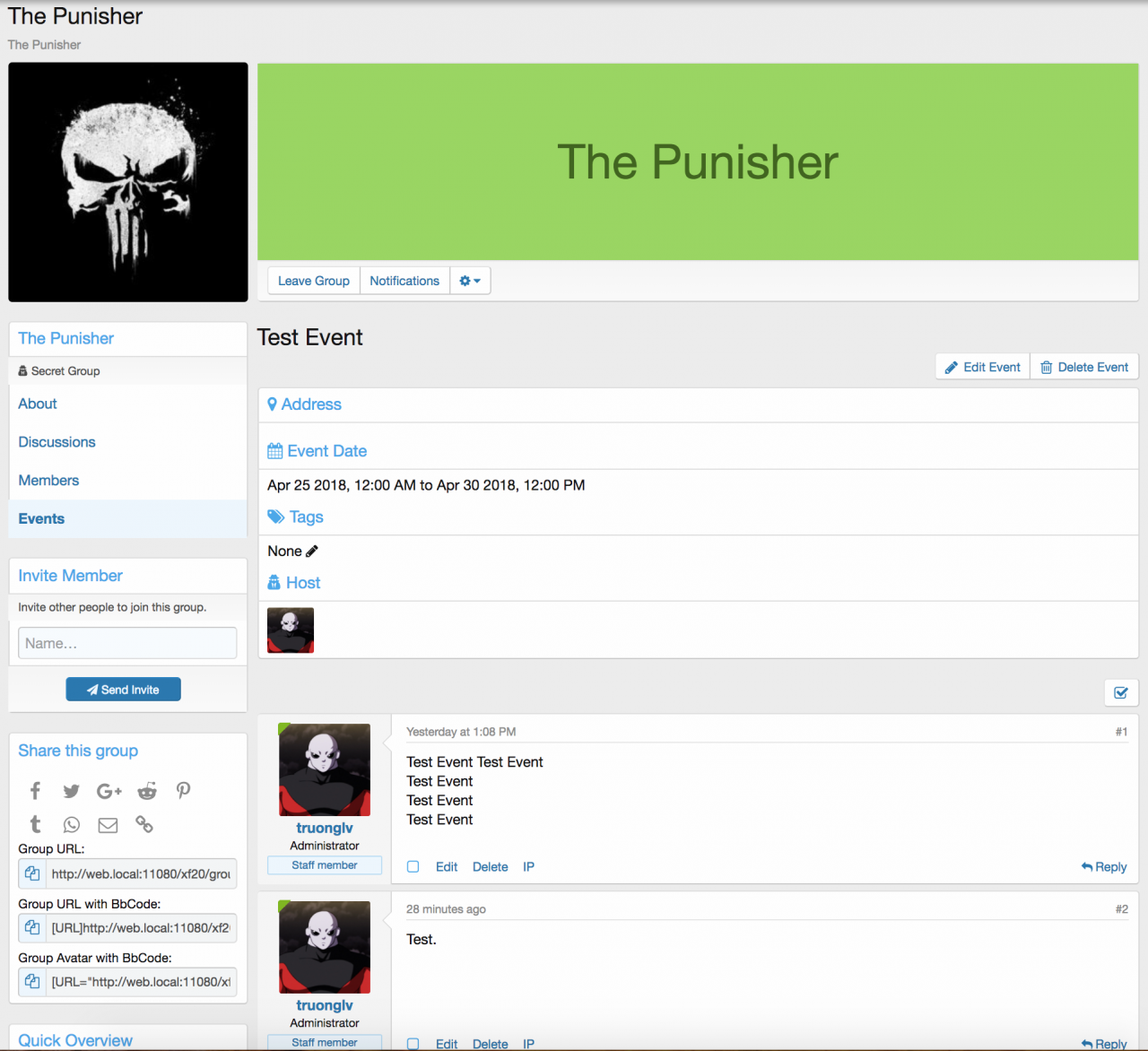 Import from other platform:
Translations:

Join the discussion Get support

Reported a bug and it was promptly fixed within a week, thank you so much! This is a really awesome addon and has become a core feature of our community.
Upvote 1 Downvote
I used this mod on XF 1.5 for quite awhile. That version was a bit buggy and bloated with extra features. However, since getting the new XF 2.2 version, I am very impressed. It is streamlined, fast, and has been refined nicely, and contains the perfect set of features. Also, even though my old license expired in 2016, I still received a $13 discount for this new version. But I would have paid full despite this. :)
Upvote 1 Downvote
We are using the add-on to organize our esport teams, excellent help from the developer, great design, absolutely recommended :)
Upvote 1 Downvote
The best group addon for XF currently. Good feature set, nice quality and design.
The developer responds to suggestions and fixes bugs when reported.
Recommended.
Upvote -1 Downvote
The author pays attention to bug reports and feature requests, and is constantly updating the addon.
Upvote 1 Downvote
truonglv has made a real effort to listen to the issues, needs and requests from those of us who use this addon lately and I am immensely grateful for all the work he has done thus far and time he's taken to listen to my concerns. My community loves this addon even tho it's taken some time to get it to work properly. Thank you for listening!
Upvote 0 Downvote
My forum need a groups for some users discussion privately, and this is excellent addon for that.
Author has been very friendly and helpful.
Upvote 0 Downvote
While the concept fits the high demand for a groups or club add-on - like IPS is offering as an oficial add-on -, unfortunal the developer fails to follow the Xenforo coding standards. Wether in the XF1 nor in the current XF2 versions this add-on is free of severe privacy issues, exposing everyone running this add-on in the EU to the risk, to get fined for breaking the GDPR with a penalty of thousands of EUR while becoming object of a legal case. With that being said, while those bugs haven´t been addressed in the XF1 versions up to this date, the corresponding bugs regarding the XF2 versions reported to the developer in his forums (https://nobita.me/forums/issues.92/?prefix_id=24) haven´t been resolved, yet, and until this day the developer shows no efforts to address them in the future. While I acknowledge the add-on concept, since the add-on fails to addhere to the Xenforo coding standards and severe privacy issues have been discovered, reported and not being resolved, I can´t give a better rating and even would have to rate it with a minus star, if available.
Upvote 3 Downvote
This addon is perfect and work correctly but i think the reactions systems is an important part to add on the addon for improve groups on communautary forums.
Upvote 0 Downvote
Excellent addon :)
Truong has been very friendly and helpful. He also fixes the bugs fairly quick as well!
Upvote 0 Downvote
Read more…
Top