Trying to fix an issue where thumbnails are broken.

I have run the XFMG: Rebuild media thumbnails, but it does not work. 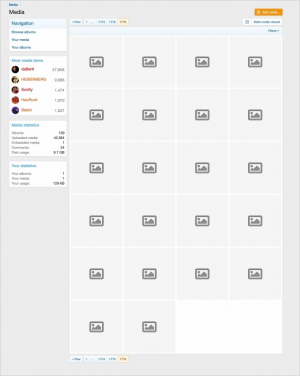 In a previous XFMG bug report related to this bug report, Chris explained:

"The error suggests that the original file is missing from your server."

In the other bug report, Chris was able to solve the issue by updating the XFMG code, he wrote:

I suspect the same code could be added to fix the bug report issue I'm reporting here, that is XFMG: Rebuild media thumbnails not working.

Staff member
Thank you for reporting this issue, it has now been resolved. We are aiming to include any changes that have been made in a future XFMG release (2.2.2).

In rare cases where a media item is referencing an "original" version of an image that no longer exists, allow thumbnail rebuilds to fall back to the non-original (potentially watermarked) image.
Click to expand...