I hate the editor. It's not intelligent. Attempting to format text with it is a chore. It makes me miss the days of the vBulletin 3 text editor that actually inserted tags exactly where I wanted them. Ugh, and why does it not let you insert BBCode while out of WYSIWYG mode?

Just a few examples of unintuitive, wrong and outright buggy behavior I've encountered with this editor.

I highlighted the following in the editor:

What even? How in the world does the editor come to the conclusion that a completely separate and un-highlighted line of text should be turned into a list item?

I select the following. 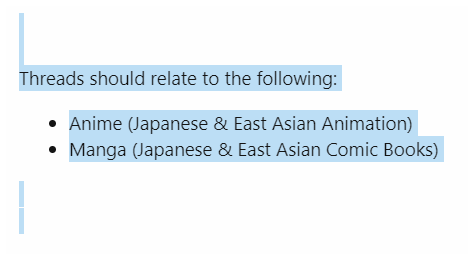 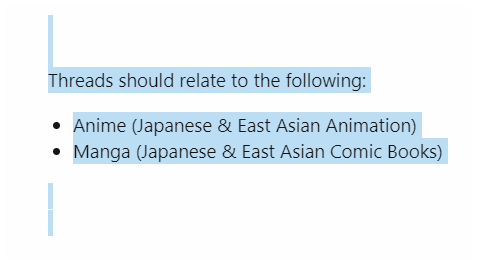