XF 1.2 Rebuilding Attachments While Saving a Forum Node Results in Pop Up

So I was rebuilding my attachments on one of my forums and then went to save a forum node in another tab and then this happened. 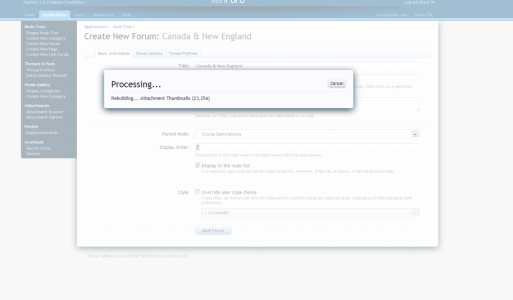 Staff member
This isn't completely unexpected, though not what I wanted to happen. Presumably you triggered something that caused an internal rebuild of some data and this is in the same queue as the rebuild processes. The system simply assumes that you wouldn't have multiple rebuild running simultaneously, though I think the other tab may have picked up the forum rebuild stuff.

I'm not sure if I can do much about this as it's fairly core to the design (at least at the RC state). I'll have to have a think.
Upvote 0 Downvote
You must log in or register to reply here.