When selecting to delete a post that's still awaiting approval within a thread, the following modal is shown with no option to alert the user:

However, if the post is approved, or when using inline moderation, the following is shown (as would be expected): 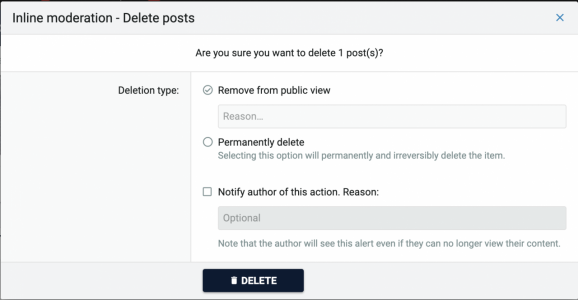 Unsure if this is intentional, given that there is also no option to send an alert directly from the approval queue, but it doesn't seem to make much sense. An option in the approval queue as well would honestly be preferable, but that's less straightforward and would probably more be a suggestion.

Sep 6, 2020
CanadianRodder
C
2
Spammers in Approval Queue, what to do?