This suggestion has been closed automatically because it did not receive enough votes over an extended period of time. If you wish to see this, please search for an open suggestion and, if you don't find any, post a new one.
R

I'm sure this isn't likely to be a widely requested feature but something that would be cool/useful to big boards that use Munin to monitor their forum is some built in support to generate munin stats. 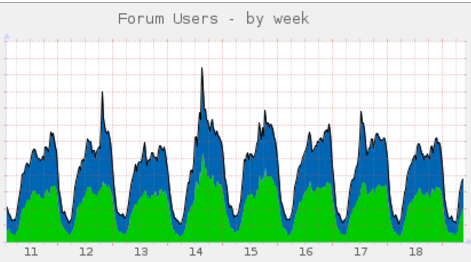 I already use the addon by @MattW that tracks the number of users online (basically just be parsing the user online count from the sidebar) but if XF could for example generate a stats.xml file could be read in by munin there's potentially a lot of other useful stuff that could be tracked.
Upvote 2
R

So now that XF2 is out I thought I'd bump this to see if there's any appetite for this.

Does a Member Stats Widget Addon Like This Exist?