Nor is the majority of what these hacking groups do.

Most of the time they're nothing more than glorified script kiddies who get lucky with a few exploits.

LulzSec, have now stopped. Not sure if people read about their leaving message made recently?

A teenager has been arrested in the Shetland Islands on suspicion of being a major player a series of cyber attacks by the Anonymous and LulzSec computer hacking organisations.
read more...
F

Too bad for him he's not an idea.

At Comic Con, there were rumors of threats against Capcom by DDoS attacks. Although, they're just rumors.

Hard to believe the .gov is even looking at LulzSec when there are obviously bigger fish to fry ! 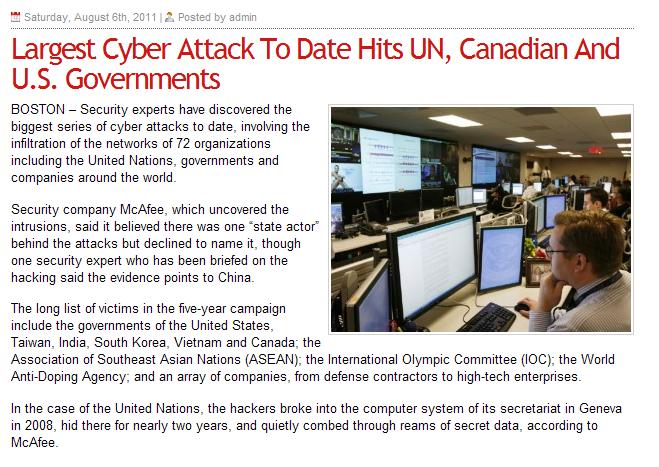 If the world was reasonable, which it is not, the FBI would pardon the LulzSec members of mischief and give them jobs tackling REAL problems.

Obviously the FBI goes after low lying fruit like Anonymous ... and is 100% useless against the real cyber threat from China. FBI = fail.

Authorities acted on information provided by Hector Monsegur, who was the leader of LulzSec before being arrested last year. Monsegur, also known as "Sabu," pleaded guilty last August to 12 hacking charges and faces up to 124 years in prison, according to the U.S. Department of Justice.


Hammond is also charged with stealing data from some 60,000 credit cards stored on Stratfor's site and using it to make $700,000 in purchases.
Click to expand...

It will be another FBI failure if Sabu, kayla, pwnsauce, palladium or topiary do even 1 day in jail. All 5 should be given suspended sentences and recruited into government anti-cybercrime programs. Especially Monsegur - he's good.

The FBI has no legal authority in China, and China denies being involved with the cyber terrorism.

Forsaken said:
The FBI has no legal authority in China, and China denies being involved with the cyber terrorism.
Click to expand...


and you believe that?

FreshFroot said:
and you believe that?

Obviously not, however as long as the Chinese government denies it, there isn't much that can be politically done.

Forsaken said:
Obviously not, however as long as the Chinese government denies it, there isn't much that can be politically done.
Click to expand...

Not politically for sure, other ways, maybe...

They committed crimes and should be punished as such. I don't like LulzSec. Their targets were capricious in nature and in no way were a force for good.

Anonymous proper, now, there is another story. They do some wonderful things but sprinkle it with just God-awful stupid stuff that causes more harm than good by being a catalyst for things like SOPA & PIPA. Their name is used like the boogy man to ramrod terrible legislation down our throats by the RIAA and MPAA. A lot of the fight to keep the internet free is in spite of their efforts and not because of them.

D
CloudFlare security systems on! XenForo is under attack too? How is your experience with CloudFlare? And KnownHost? I had a very bad one here to share
2