Not really sure if this counts as a styling question; if it does, please move it there.

How easy would it be to implement essentially the same feature vBulletin had? Is the data already there and it just needs to be exposed similar to users viewing this thread or forum via template edits? 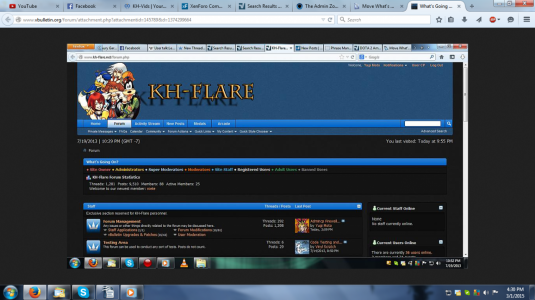 If I'm not making any sense, please me know, but hopefully I made some sense in my explanation. I also probably said way more than I needed to, but I suppose too much information is better than not enough, right?

Anyway, the short version is: Is this possible in XenForo?
Sort by date Sort by votes

Staff member
last_activity is the closest thing that I am aware of:


Code:
(use in templates)

But this is activity that is updated hourly as you say.

Thanks, Jake! I'll give it a try.
Upvote 0 Downvote

@Jake Bunce, that actually works exactly how I wanted it to! Thanks!

Although I did simplify it a bit so the time is relative:


Code:
Now, question: Is this only viewable by registered members? I don't really see guests needing it.
Upvote 0 Downvote

One final question: How can I add a browser tooltip when hovering that provides the absolute value like other areas of similar nature, such as the member card?