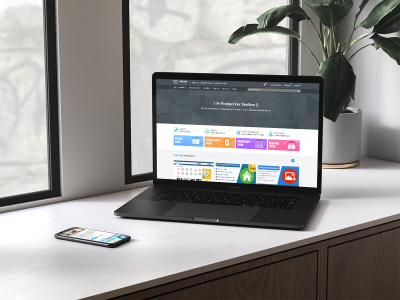 You may contact me via conversation, Ticket on my site or skype ID.

Awesome Coder I ever see in Xenforo.
Very very low rates we can get any add-on from AwesomeForo

nothing is hard for AwesomeForo

Really am impressed and used his service 2 time and it went really smooth and great.
M

I hired @AwesomeForo helped me repair an Unmaintained xf 2 addon, he did the work quickly and perfectly, The price is also cheaper than others.
I highly recommend him for custom work.
I

metohu said:
I hired @AwesomeForo helped me repair an Unmaintained xf 2 addon, he did the work quickly and perfectly, The price is also cheaper than others.
I highly recommend him for custom work.
Click to expand...

yeah he is very professional in his work, solved all problems in minutes,

I always get response in seconds.
S

He is very professional and trustable. He succeeded to integrate new payment gate with XF2 in few hours! Moreover, he did more than what we requested with good price. I highly recommend him

He done this job for me.

Promote blog posts in articles. This can be done manually or automatically. I will explain myself better. I as superadmin (or the group of users designated by the permissions) can decide to promote a single blogpost by making it an article, deciding in which category of the articles to make it...

xenforo.com
He made a wonderful work.

They did a really fine job on a small addon for me. I needed a way to download hotlinked images and their tool did exactly that.

It only took a day or two for it to be completed.

Really responsive to requests and got the task done in a timely manner. In fact, he quoted 8 hours and it was delivered in less than 5 after payment was verified to be received. The first addon had a minor issue (liveable, and could've just been a browser-specific issue, but I'm OCD), and he got it fixed up and perfected the 2nd time around—quickly after pointing it out nonetheless!

Would recommend anyone to contact @AwesomeForo to see if he can tackle your addons. 💯

I needed a XenForo version of the Profile Songs add-on from IPS and @AwesomeForo gave me an awesome low price and created the add-on really fast. Vouch 100% and would hire again!

I hired @AwesomeForo to make a unique menu add-on and he got it done just as I was looking for and was done pretty fast too! I will for sure be hiring him again! Thanks for the great services!!!

@AwesomeForo is totally gone. It's a total disappointment

sodium said:
okay hmmm thnx but after i posted here i got a msg from someone so i think i can contiue
Click to expand...

he wil help me thnx for your awnser

he started a conversation with me about a ADD ON, then we agreed, I asked for his PP address to make the payment and then no replies. He told me he was able to deliver same day!

This smells fishy, in the mean time I also got a message from this Fahad ashraf user. But he is unable to accept paypal so I can't use him.

Paid more then 2000$ he never finished our deal..waiting already 5 months, he work little bit in start and then he stopped working and now he is not working for last few months..and not answering for whole month..

Before i paid him he said that he is fair and that i should believe him that he will respect our setted date and finish everything
but as soon as he got money he start delaying..he delayed me so much for monthes, he even lied that his whole family died
and many other bullsh1t stories that i found out that everything he said was lie


i was nice to him i even send him some money on his birthday and once he asked me to borrow him 100$ i gave him and said that he don't have to give me back that 100$ i also helped him with Crypto and i offered him 30.000GBP


he is not nice person, manipulation with other people..i have hundreds of photos - proofs of what he is doing to me and other people
i also have his bank account and 5 emails so i will probably press charges against him because he scammed so many people

I thought that this guy is nice but the is worst kind of scammer, so much lies and delays..be careful dealing with him, don't hire him for any deal that cost more then 30$
Last edited: Feb 27, 2020

It's disheartening to see this sort of post on yet another newer developer.
You must log in or register to reply here.