XF 1.2 Any Way to Alphabetize a Mix of Forums & Link Forums?

With SMF I could simply link any existing board to redirect to any other board. I created some "child" boards in a few parent boards where I thought the user might be likely to look for the same content that I had chosen to put somewhere else, and in a couple of cases some of these redirected boards were mixed with others that had content (were not redirects). So you might have boards in alphabetical order like this:

Now with Xenforo, because it forces you to place all the Link/Redirect Forums first using a different numbering system, that same list looks like this:

Can anyone suggest a way I can get all of these subforums, forums and link forums, back in alphabetical order? Is there a way? I guess it's not something I can't learn to live with, but it just makes the board ordering a little less intuitive. But heh, maybe it will start to seem more natural to me with time.

Okay, I got it. Sorry, I really shouldn't post like this at one in the morning, after I've been doing this crap all day. What threw me was that I had to recreate all those boards in Xenforo as Link Forums and I started assigning them their default numbering, starting with one and counting up, and then I'd have a "real" forum numbered 944. Just took a minute for the grey cells to click in and realize I simply had to renumber the Link Forums in the same range. lol, feel free to delete this one if you want, it'll save me some embarrassment.
Upvote 0 Downvote

imno007 said:
lol, feel free to delete this one if you want, it'll save me some embarrassment.
Click to expand... 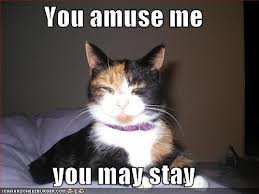 Ha ha, thanks for that. In my defense, though, there was a bit of "anomalous" behavior going on, which might have been what partially got me going on the wrong path in the first place. I had, for example, a Link Forum numbered 944 and a regular forum numbered 945. So 944 should have come before 945, right? But 945, the regular forum, kept coming before 944, the link forum, and the only way I could get them in the right order was to boost 944 to 945 and 945 to 946, if that makes sense to you. Now I have a gap where 944 used to be - no board numbered 944 anymore - and two boards numbered 946. Whatever! Everything seems to look alright now, so I'm leaving it as is.
Upvote 0 Downvote

Staff member
I would recommend increments of at least 10 for display styling priority.

This makes it easier to add nodes in the future without doing a lot of renumbering.
Upvote 0 Downvote

Brogan said:
I would recommend increments of at least 10 for display styling priority.

This makes it easier to add nodes in the future without doing a lot of renumbering.
Click to expand...

Thanks, Brogan, probably a good idea in general, but these were all nodes I'd imported, so they were already numbered. Even in the case of the one node I mentioned above that ended up being a duplicate number because of having to bump its display number up one, that's exactly the reason I left it like that: so that I didn't have to do a lot of renumbering. Even at 946, if I'd also renumbered the nodes after it, or before it, it wold have meant renumbering hundreds of nodes. I'm not sure what problems I might run into having two nodes numbered the same, but it seems okay for now. Maybe when I have more energy I'll get around to renumbering all the rest.
Upvote 0 Downvote

Staff member
Having two nodes with the same display priority won't cause any problems.
It just affects the order they are displayed.
Upvote 0 Downvote

Well, it hasn't done that, which is why I've left them as they are. But maybe that's because the next node is a parent node. I might be missing something here, because I've never actually used Xenforo without first having imported another board to it. Like I said, all these nodes are imported and numbered as they were by default. I just assumed it was normal for all the nodes, parents and children, to be numbered sequentially from the first to last, but maybe if I were manually adding each, the way to do it would be to number each parent board sequentially from one to whatever, then order each parent node's child nodes sequentially one to whatever, if you get my drift. That would make sense. But in any case, I've got to deal with what I have, and if I don't have to I'm not going to renumber that many nodes. Thanks again
Upvote 0 Downvote
You must log in or register to reply here.

Contemplating a new board