You may not know this, but creating these modifications for XenForo is basically my full time job. It is my primary source of income. If you appreciate the work here, please feel free to DONATE. A donation of $50 (or more) earns you the right to remove the copyright for this mod from a single install.

This mod has been forked from the old version of XenPorta. This is a full blown "wiki-like" content management system. Your database from the old version of XenPorta will be completely incompatible with this mod; so you will have to manually bring your pages over. The reason for this is because of a large update to the way the tables are constructed, in order to better handle the search system. Tables have all been converted to InnoDB, with an additional table in MyISAM for full text searching. 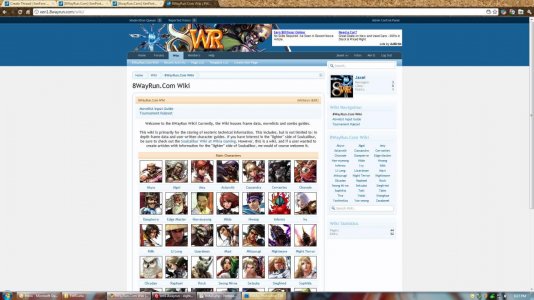 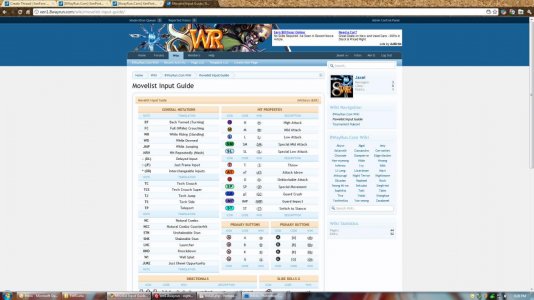 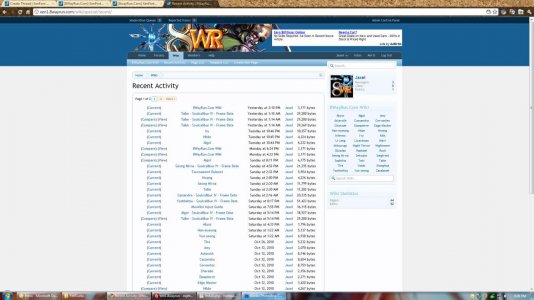 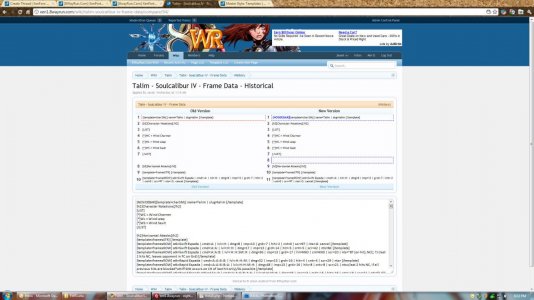 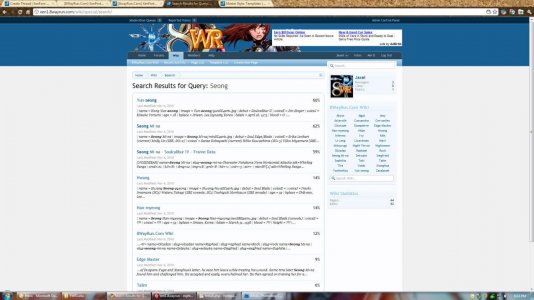 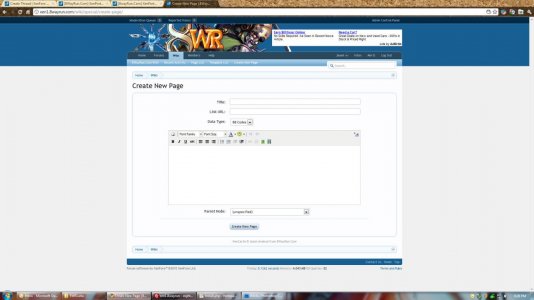 Example of a page built in templates:

Hildegard von Krone (ヒルデガルド・フォン・クローネ, Hirudegarudo fon Kurōne), or Hilde (ヒルダ, Hiruda) for short, made her first appearance is in the series' fifth installment, Soulcalibur IV, where she is a playable character. Hilde's look derived from the development team's desire to make a fully clothed "sexy female" for Soul Calibur IV, and encased her in armor. Director Katsutoshi Sasaki describes Hilde as "the 'most alluring'" female character in Soulcalibur IV, because she is "a brave and noble warrior who fights with cunning grace, using a short sword for quick attacks and a spear to do some serious damage from afar.

[h2]Biography: Soulcalibur IV[/h2]
"Father, we leave today." Hilde was having an audience with the king in a closed stone chamber at the very top of the castle tower. Since the destruction known as the Evil Seed had swept across the kingdom, her father had been lost in a fog of madness and confined to his tiny, lonely cell. She had never been able to put that woeful event behind her, but weakness was not an option. The survival of the Kingdom of Wolfkrone depended on her now.

[h2]Tournament Controversy[/h2]
A lot of talk has recently come up in relation to Hilde's validity during tournaments. Hilde has had a polarizing effect on the community much worse than that of glitches in previous Soulcalibur games. Some groups of players claim that she is simply too "broken" in contrast with the rest of the cast; even Algol. There are even some players who admit that she isn't "broken", but she still has an adverse affect on tournament attendance and the community as a whole. Those who argue in Hilde's favor suggest that any character can be dealt with if a player is simply willing to invest the time to train and learn; which has been proven in tournaments.

And, once we set things up, we will definitely send you a little token of appreciation for your hard work!

We definitely can use this. When we do, expect some monetary support from us.

Jaxel, as always this is some fantastic stuff.
I cant wait to see how far you take this.
Folks who wish to help XenForo monetarily but realized they simply could not set up a fund should instead 'pay' to have the branding removal of your software.
These kind of extensions of the XenForo software are exactly the types of things that will make it soar above the competition.

I got this error when importing

One suggestion though...
How difficult would it be to wrap up all of the user input of these templates into a form for regular users to fill out?

For instance your example page template has info about Soul Caliber characters, well if i want to change it to info about makes and models of vehicles it would be easy to simply change the values in the template to suit my needs.
What would give this already great tool some killer functionality would be to user with the right permissions to click on a 'create entry' button from within the front end of the site, then instead of a blank area where he must add in whatever example code is available he could instead simply answer a few questions.
Lets go with a site about cars.
The user just fills out that form with the answers regarding their car or the car they wish to write a biography about and then that information will be parsed into the "cars" template and voila, new page created for whatever car this is.
The great part being that the user never has to go have admin access, he never has to be given access to post code.
And the best part is that you can farm out a lot of your work to your users who would most likely be happy to help, even if they are pretty illiterate to doing stuff as simple as cutting and pasting some pre-provided code snippets.

Would such an extra layer be difficult to achieve?

yilmaz said:
I got this error when importing

i confirm this too.

yilmaz said:
I got this error when importing

puertoblack2003 said:
i confirm this too.
Click to expand...

Was now OK
Thank you

thank you it works now

Jaxel said:
For one thing, there are no ParserFunctions... for me that is the biggest shortcoming... and I don't plan on adding this feature either anytime soon. For the next thing, there is currently no category/tag system.
Click to expand...

What would ParserFunctions bring to XenCarta ?

Installed and working on it now

Jaxel, I changed any phrasing that includes "wiki" and it still doesn't change all of the phrases. Are there plans to phrase it fully? (Edited: Added screenshots of what I'm still trying to change)

Also, should we simply add conditionals around the navbar menu options until we want to display the pages? Or, are there any permissions built in as to who can view the buttons? I can see that the permissions are there for the actual pages and it displays the error messages if permission is not granted to that usergroup.

Edited: Found the EWRcarta_Navtabs template and placed conditionals around it, but that only removes the 'submenu' of the navbar. Where do I add the conditional to only display the "Wiki" tab to the admin/mods as we start to build the pages up?

Digital Doctor said:
What would ParserFunctions bring to XenCarta ?
Click to expand...

ArnyVee said:
Jaxel, I changed any phrasing that includes "wiki" and it still doesn't change all of the phrases. Are there plans to phrase it fully? (Edited: Added screenshots of what I'm still trying to change)
Click to expand...

The word "Wiki" on the navbar is the ONLY item not phrased... The word "Wiki Index" is not a phrase at all, it is the TITLE to your index page... change the title, and it will change.

New feature for next version: Captcha for Guest users who have edit/create rights! 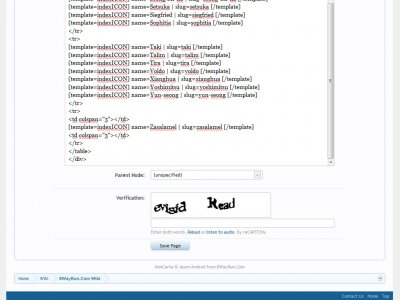 Jaxel said:
The word "Wiki" on the navbar is the ONLY item not phrased... The word "Wiki Index" is not a phrase at all, it is the TITLE to your index page... change the title, and it will change.
Click to expand...

LOL....sorry about the first silly question.

So, how shall I edit the word "Wiki" on the navbar?

Another thing Jaxel, can you share the code for your index page? I want to set things up very similarly with pictures of TV actors

Yes, I'd like to see the sample code for the main wiki page as well

ArnyVee said:
So, how shall I edit the word "Wiki" on the navbar?
Click to expand...

The word "Wiki" is hardcoded in "EWRcarta_Listeners_Wiki"


ArnyVee said:
Another thing Jaxel, can you share the code for your index page? I want to set things up very similarly with pictures of TV actors
Click to expand...

Andy.N said:
Yes, I'd like to see the sample code for the main wiki page as well
Click to expand...

Contents of my index page: (HTML)

Fantastic work thanks a lot!! Once we work on it a bit we'll provide demo also and more feedback.

XF 2.2 Getting data from multiple tables