This add-on allows to define other permissions.

At the moment we have create permissions from the number of messages. 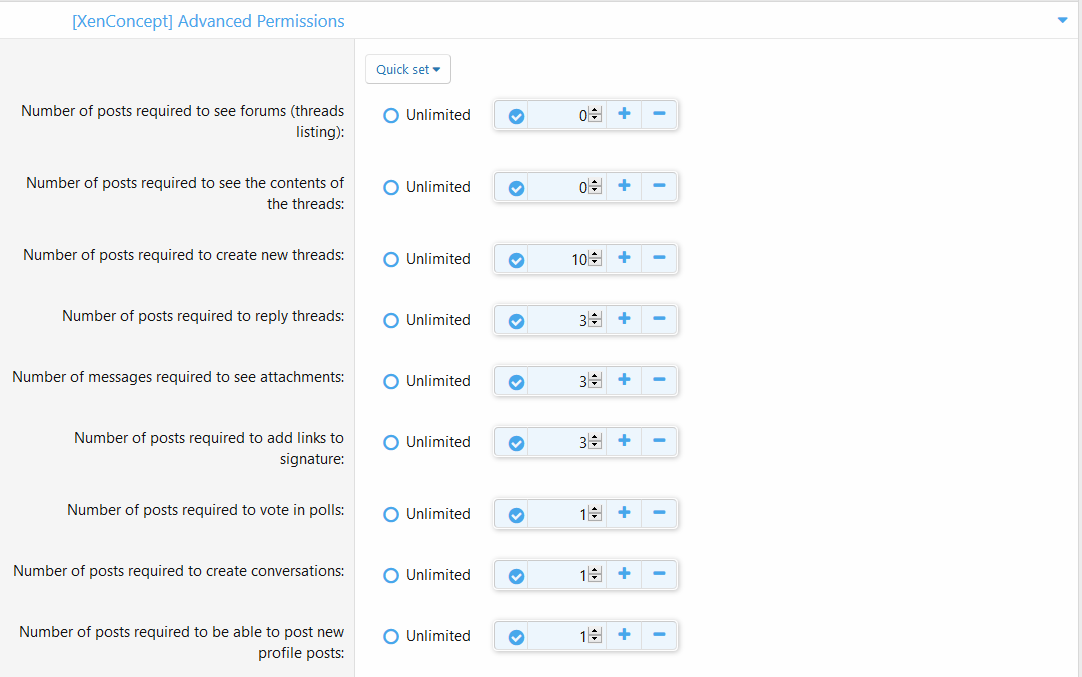 Great addon, works as intended. The creator is a good developer and haven't had any issues with any of his addons that I bought.
If there are bugs or issues the developer is quick to respond

XenConcept
Thank you for your review.
Upvote 0 Downvote
I don't like leaving negative reviews, but this addon is broken on my site and there is basically no support because the author speaks extremely broken english. An author not being a native english speaker is generally not an issue for me, but in this case it is so bad that I am unable to communicate with them even the most basic issues and I often have no idea what they are saying. I have demonstrated the problem with them through multiple posts and screen shots and they have been unable to understand what I am trying to convey. So for that alone I would would say that this addon is not worth spending your money on since permissions can be a complicated thing to work with and this author is just not up to the task of giving support when issues arise.
Upvote 0 Downvote
Read more…
Top