I thought I'd finally grokked XF's permissions system, but this one has me beat.

Attached are screenshots of the relevant settings. 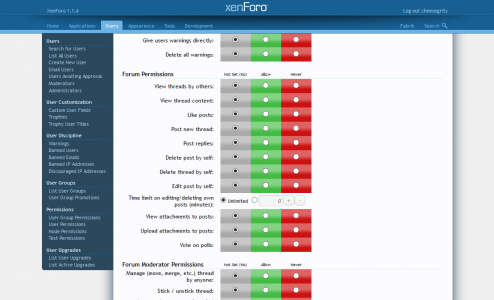 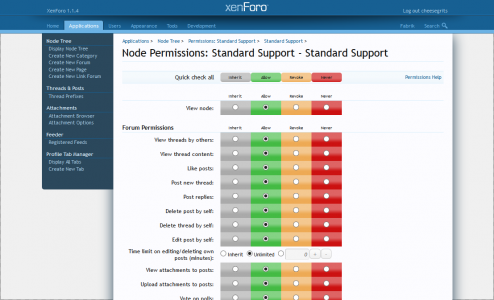 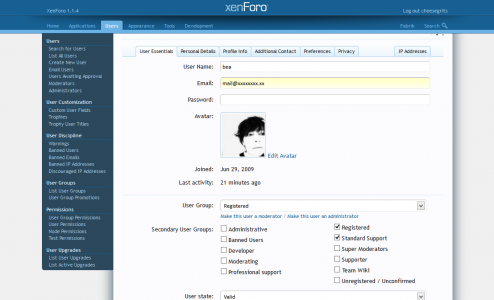 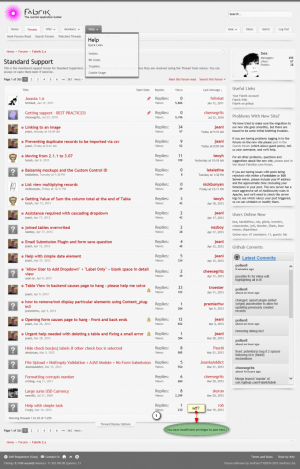 Staff member
Do they have any user specific permissions?

BTW, I haven't heard that phrase for a long time.
Upvote 0 Downvote 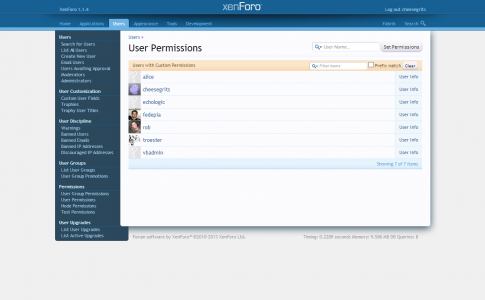 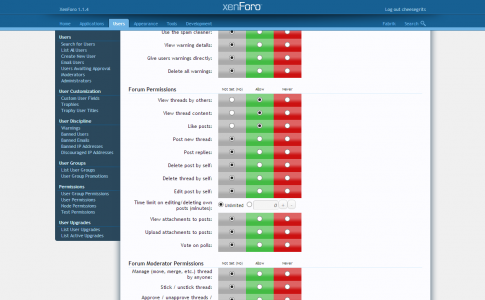 Brogan said:
BTW, I haven't heard that phrase for a long time.
Click to expand...

Grok means to understand so thoroughly that the observer becomes a part of the observed—to merge, blend, intermarry, lose identity in group experience.
Click to expand...

... I'm perhaps overstating my grasp of the XF permissions system.

(Although thinking about it, "lose identity in group experience" is perhaps apropos)
Upvote 0 Downvote

BTW, if it makes any difference, the group membership is being set via our jFusion bridge (we run Joomla as the master for SSO) rather than directly from the XF ACP. And the bridge just pokes values directly into the XF tables, it doesn't go through any kind of API. So if there is any caching of group membership going on under the hood that gets rebuilt when making group changes through XF itself, that might be an issue.

Staff member
Hmm, that might account for it.
I can't see anything obviously wrong with the perm's and as it works for other members it means they are set up correctly.
Upvote 0 Downvote

Hmmmm. Well, that would seem to be the answer. Or at least it's something to do with it. I removed the "Registered" from the Secondary groups and saved the user, and that fixed it. I don't yet know if it was the act of saving the user, or removing that secondary "Registered".

I noticed that XF itself won't let me then save it with Registered as a Secondary, in that it will always remove the Primary group from the Secondary selection. But if you look at that first shot of Bea's group settings, you'l see that Registered is both Primary and Secondary. So I'm not sure if it's because the bridge adds the Primary to the Secondary, or because the bridge doesn't trigger some kind of permissions cache rebuild.

Time to break out Eclipse and xdebug. Either fortunately or unfortunately, depending how you look at it, I now own the Joomla/XF jFusion bridge, so it's on me, either way.

Thanks for the fast response. I'll update this thread when I work out what the issue is.

Staff member
Yes, I noticed that and meant to mention it so it would definitely appear to the be the likely cause.
Upvote 0 Downvote

OK, I think I've fixed the jFusion bridge so it does things properly. There was a logic problem in my code, where it wasn't correctly matching the xf_user.secondary_group_ids list with the actual xf_user_group_relation table rows.

My remaining issue is with the xf_permission_combination table. I think I've now gotten my own setPermissionCombination() method working in the bridge code, but I have a feeling some of our existing entries may be fubar'ed.

Is there a built in way of rebuilding this, or do I need to whip up a script to rebuild it?

-- hugh
Upvote 0 Downvote
You must log in or register to reply here.