I am trying to get members to use the media gallery and create their own albums rather than embed photos directly into a post.
One of the problems we are constantly running into is that the display order for the albums is always the date the album was created.
Most of my members created the really frequently used albums first, as they were needed and then the lesser used ones later one.

One member literally has hundreds of albums and now maintains an excel spreadsheet to know which page number he needs to navigate to to find the album he wants to insert an image into! Needless to say this is not an ideal solution!

What I would like is for the option of changing the display order of media albums from the date the album was created to the date that the album last had anything uploaded into it (so last modified date).

If this order could be changed either to last modified or even A-Z, it would make using the MG much easier.

Similarly being able to control the order that images are presented within each album would be very useful. A 'simple' drag and drop option to rearrange the pictures would make life much more user friendly.

We are a cooking website, so the order of the images does actually matter. I know that members have taken to uploading images individually because they can not guarantee what order the images will be in when the shown in the album. An example of mine, shows this dilemma. Despite these images being selected in the correct order, they have not arrived in the album in the correct order and there is no way of changing the order that they are displayed in (that I know of). Even just displaying in the filename order would have resolved this issue. 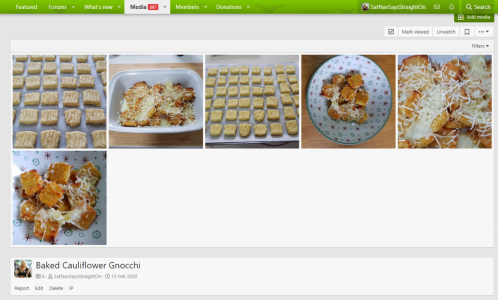 MG 2.2 Any way to change default sorting in an album