After years of refusing to build one, the social network is finally going to give us a way to express something other than a “Like.”

Despite previously saying the social network wasn’t planning to build a “dislike” button, CEO Mark Zuckerberg revealed during a Tuesday Q&A session that his company has indeed been working on one.

Yeah, I think all the newspapers latched on to the word dislike, but if you actually listen to what Mark said, he explains that disliking isn't quite where he wants to go but wants something that's more empathic with people showing sympathy as opposed to disliking.

While the term 'dislike' is the opposite of 'like' it doesn't suit the purpose. It's useful to mark a message as something other than liking. For example not agreeing or feeling empathy when something bad has happened.

Dislike does not indicate sympathy in any way, shape or form.

Yes, that's why it's likely that other button(s) will come.

Nicky Vermeersch said:
You mean you're?
Click to expand...

Think that's what I said (just hadn't entered the corrected post - Destiny The Taken King got interesting in battle).

Alfa1 said:
After years of refusing to build one, the social network is finally going to give us a way to express something other than a “Like.”
I think it's a terrible idea, this will cause a lot of problems with bullying and such. Zuckerberg needs to rethink this.

Despite previously saying the social network wasn’t planning to build a “dislike” button, CEO Mark Zuckerberg revealed during a Tuesday Q&A session that his company has indeed been working on one.

“I think people have asked about the dislike button for many years,” Zuckerberg said. “Today is a special day because today is the day I can say we’re working on it and shipping it.”

The exact form a “Dislike” button may take is still up in the air. “What [users] really want is the ability to express empathy,” Zuckerberg added. “Not every moment is a good moment.”

Facebook has long shied away from building a “Dislike” button over concerns it would invite rampant negativity. “That isn’t what we’re here to build in the world,” Zuckerberg said.

I can just see it now. 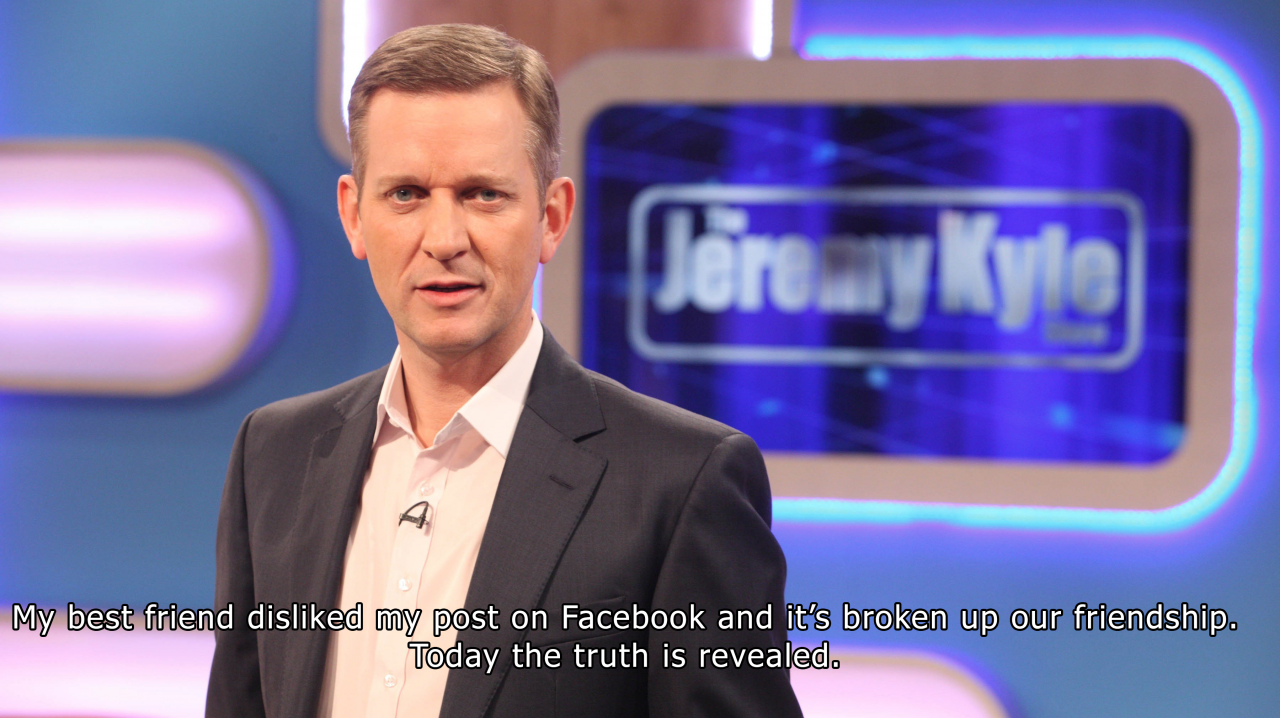 This is a good thing for FB users (because they have been wanting options other than like for a while now) as well as Facebook as a business.

Adults disagree...in a world where we hope people strive to be more mature or at least genuine in conversation and interactions in general, we can all handle a bit of constructive opposition and it's nice to see that an implementation may not be as polarized as like or dislike which could also fix the awkward I have nothing nice to say so 'like to acknowledge' (such as when someone reports a passing friend) so this is a good thing for a large group of (mature) FB users.

In a business sense for Facebook it should just be obvious that it offers them more points of convergence to zero in on what is a good ad to show a particular visitor. (simple example: you like a post about a major appliance , then 'dislike' a bunch of stuff to do with usage of natural gas/oil, so if it was up to me I would show you ads displaying electric ranges only...not really but you can kinda follow).

Either way, it will be interesting to see how they handle the trollery that is going to come with adding this to the formula. I don't know anyone IRL who I want to get in touch with and don't know their phone number however so I will just let all of you facebookers keep us informed on how it works out for you.

Now if we can just get Twitter to increase the character limit from 140 to 255 and/or stop counting URLs, images, and @mentions towards the limit, I can stop committing heinous grammar crimes. Oh wait...

That 'angry' button is surely a way to voice dislike or negativity.

ha, nice! Luke was way ahead of the game on that one. Good shout!

I guess now it needs to get absorbed into the core

Dear Facesucks, show us the way that leads to your success.

Facebook answers calls for a dislike button with 'downvote' feature

Is a Facebook Community as good as a Forum Community?