The stock market then took a nice 1% nose dive and readjusted itself once the hack was announced. I would assume someone made a nice couple million from the whole ordeal if in fact it was a hack. 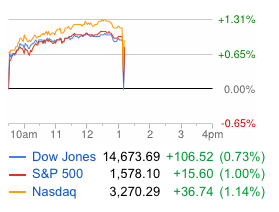 I feel this may become more common if twitter does not implement 2-step authentication for large twitter accounts. AP and other twitter news sources have a lot of sway with such large audiences and those with malice intent could try to make a quick $ from spreading false information about news or even other companies.

Yes, that's pretty serious when the outcome is a crash in the stock market, even if it does recover!

So, the stock market went down a bit. Big deal. (I'm young).

So, vB.com Got Hacked