XF 2.2 After server move, about 50% of the smileys were not taken over

I had a big problem with smileys last year, not all of which were adopted after a server move. Instead, strange characters were then displayed.

Today I find that iPhone users can add many other smileys that Xenforo doesn't have.

I suspect now: The problem after the server move was that only the iPhone smileys were not transferred. Can this be?

I'm also asking because I want to do another server move this year and want to prepare for it.

Attached is a screenshot of my admin area. Is everything set correctly?


(I have no Iphone, just Android and Windows pc) 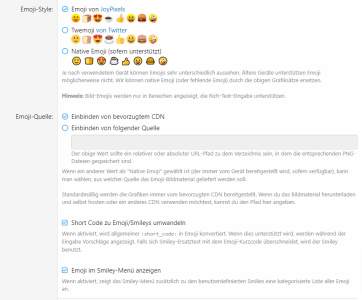 Smilies are manually added in the ACP at admin.php?smilies/ .

Emojis are inserted from a device, if the XF install supports them: https://xenforo.com/docs/xf2/unicode/

From a Windows computer for example, you press the Windows key and . which brings up this: 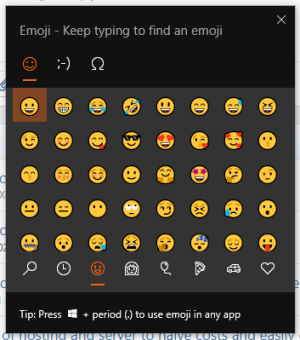 You can also access emojis from the editor menu: 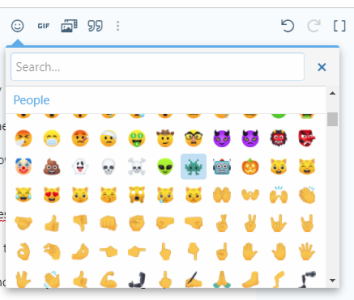 OK thanks. Then I meant emojis and not smileys.

What could be the reason why a lot of emojis were not transferred after the server move? Are my settings from the screenshot correct?
Upvote 0 Downvote

darkeye said:
What could be the reason why a lot of emojis were not transferred after the server move?
Click to expand...

If the database dump is correct, will these three different emojis definitely be carried over after a server move?

With Android and Windows I can only select one of these three emojis.

When you say yes, than it must be a database problem?
Upvote 0 Downvote

Staff member
Every device is different with regards to the emojis supported.

I see two on Windows and Android. 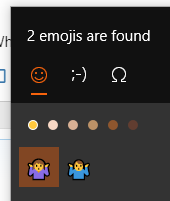 XF 2.2 After moving to a new server email notifications not being sent

XF 2.2 No IP logs were found for the requested user