So, I've been attempting to setup usergroup promotions for the first time since I upgraded to XF 2.1. It's meant to allow members to essentially choose their own usergroup. I've created a custom user field called "region", with radio buttons for each of the 5 options on my site. And then I created a usergroup promotion for each one. Where, if the corresponding radio button is selected, they'll be added to the appropriate usergroup.

This seems to work great for the most part. Except on the account I've been testing with, I've found that two particular usergroups don't get automatically removed if I switch to a different region. They get added, but not removed.

You can see it in the user change log below. When "Centria" was selected for the region, it added and then later removed the secondary usergroup without issue. But when I set the region to Drifter and then Pandopolis and then unset the region entirely, it adds the usergroup, but does not remove it. 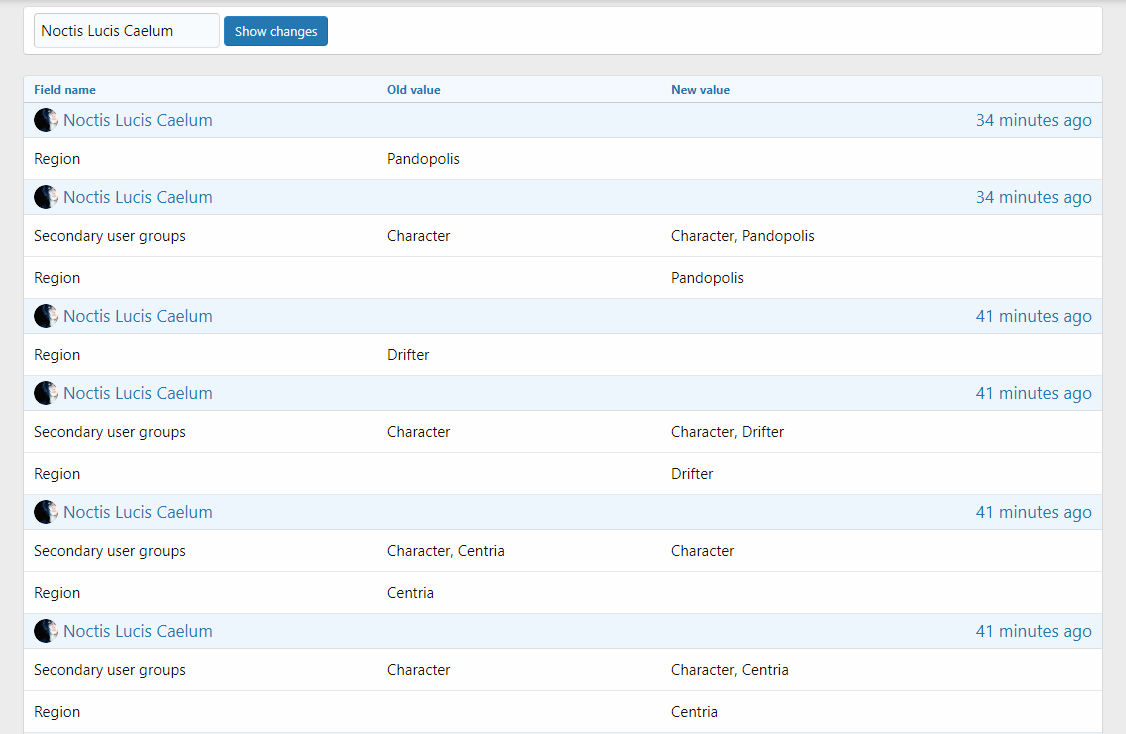 I created a new account to test with and did not experience the same issue with it.

I think it might be due to the fact that the two usergroups I'm having trouble with are two that I had manually assigned to and then removed from this account via the admin CP at various points in the past.

Does anybody know of a solution to this dilemma?
You must log in or register to reply here.

XF 1.5 Which database tables need to be altered to manually add/remove user from usergroup?

XF 2.2 Usergroup Permissions Not Working For Me

XF 2.2 How to automatically promote/demote a user based on user field?